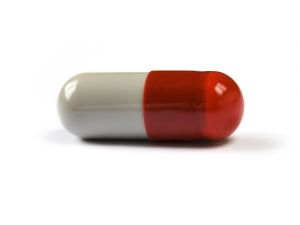 This is followed by customer service workers and those in sales and marketing, according to vouchercloud.com. By contrast, the most reliable employees were those that worked in health, education and agriculture. Although the average amount of sick days in the last 12 months, across all respondents, was 4.8 days.

The top ten sectors with the highest number of sick days taken were: The study then looked at the legitimacy of these sick days, asking ?Are you always genuinely ill when you claim a sick day at work?? to which only 29 per cent said ?yes?. The majority claimed this was the case ?most of the time?. However, 26 per cent said they were ?rarely ill? when calling in sick. Of those pretending to be ill when calling in sick, retail was again revealed as the most common sector for this to happen within, with 39 per cent admitting that they were ?rarely ill? when calling in sick. So, what were the main reasons for calling in sick when not genuinely ill? Here are the most popular answers: Those who had admitted to lying about being ill were also asked as to whether or not they ever felt any guilt about being dishonest, to which 61 per cent said that ?yes?. The 49 per cent who felt guilty stated that they felt they had ?let their colleagues down? as they had to bear the burden of their absence. Only 27 per cent felt bad for their ?employer?. Of all sectors, the most reliable in terms of not calling in sick were those working in health, education and agriculture. Health workers on average only had 1.3 days sick, education sector employees 1.7 and agricultural employees two. Matthew Wood of vouchercloud.com said: ?Now and again, you might find yourself in the situation where you have to fib to your employers about where you are on a certain day. If you?ve got a job interview in the pipeline it can be tricky to organise time off without letting on the real reason, in which case a ?sick? day might be the easiest solution. But a hangover? Hangovers are never an enjoyable experience, but if you have work the next day maybe you should hold back and think of the sore head that?s bound to follow.? Image source By Shan? Schutte