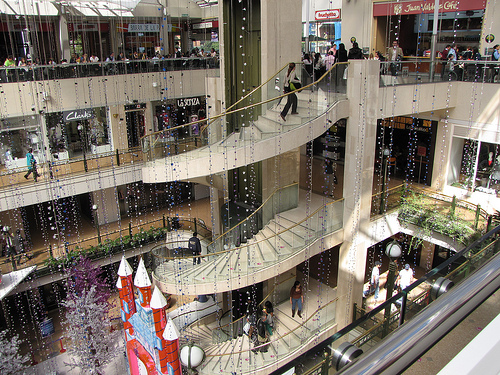 Footfall last month was 2.9 per cent lower than a year ago, down on the 1.6 per cent rise in January.

High streets reported the greatest fall, down over five per cent, the largest drop since March 2013. Footfall in out-of-town locations experienced a 2.3 per cent increase while shopping centres fell by 2.4 per cent. Helen Dickinson, British Retail Consortium director general, said: “After the increase in UK shoppers we saw last month, we have seen a disappointing, but understandable, drop back in February. ?This is in-line with the low levels of growth we saw in our sales figures earlier this month.? Image Source