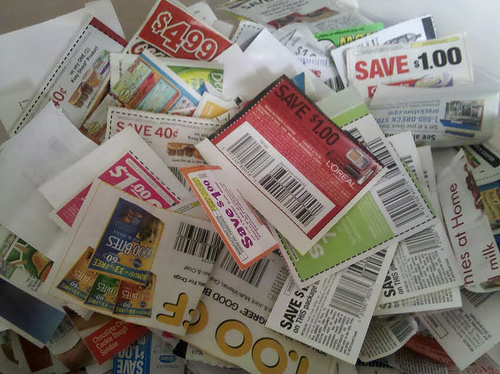 Indeed, with shoppers now more determined to save money, there has been a 33 per cent increase in the use of coupons compared to the same period last year, which only saw 275m coupons redeemed. This figure is also 11 per cent higher than the second half of 2013.

However, Valassis suggests that retailer-issued coupons are the main reasons behind this increasing number. This is in stark contrast with manufacturer-issued coupons which, despite a sharp growth over the past 18 months, were flat in the first half of 2014. Charles D?Oyly, managing director of Valassis, said: ?Many supermarket shopping trips are now driven by savings behaviour, and coupons form a key part of this with consumers searching for the best discounts before they set foot in store.  “This often means that supermarket choice is determined by the most attractive and relevant offers. ?Retailers are acutely aware of this, with coupons playing a key role in their promotional strategy in a bid to attract shoppers to their stores and give them the competitive advantage.? Image source By Shan? Schutte