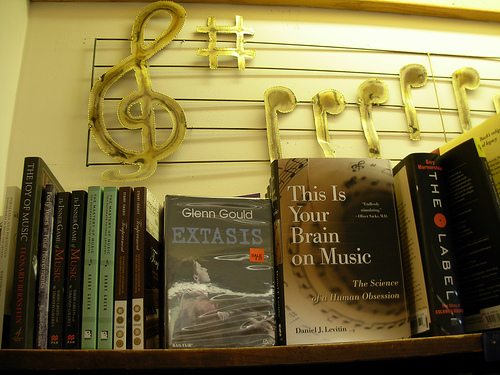 A resounding 97 per cent of staff surveyed recommended that all retail stores play in-store music and 99 per cent agreed that in general, retail stores that play music tend to be modern and appealing places to shop, providing brands with a real advantage in a competitive marketplace.

Further results show that in-store music creates a welcoming environment for both staff and customers. Almost all staff respondents (99 per cent) agree that customers would be happier if music was played in-store, whilst 81 per cent agree that playing music creates a better atmosphere for shoppers. This, in turn, can help to increase customer dwell time. Indeed, over half (51 per cent) of customers said they would spend more time browsing in a store playing music, while 76 per cent agree that they feel more relaxed shopping in retail stores that play music. With leading holiday retailers reporting record sales this January as Britons face the winter blues, the research also shows that music can positively influence consumers’ purchasing decisions.  Additionally, music can enhance positivity and productivity in the workplace. Some 95 per cant of staff felt that in-store music creates a better working environment, making them more productive. The majority of staff also said that playing music in store improves their mood, with 83 per cent going as far as to say that they would be demotivated if the music was turned off. The genre of music for staff is also a key consideration for in-store music. 88 per cent stated that they would prefer to listen to music by recognisable performers rather than sound-alikes, highlighting the value and appreciation for original artist music. Music can also help to give a brand a competitive advantage in the market place, 99 per cent of staff thinking retail stores that play music tend to be more modern and appealing places to shop – something that is more important than ever, given the rise in online shopping. Image source By Shané Schutte