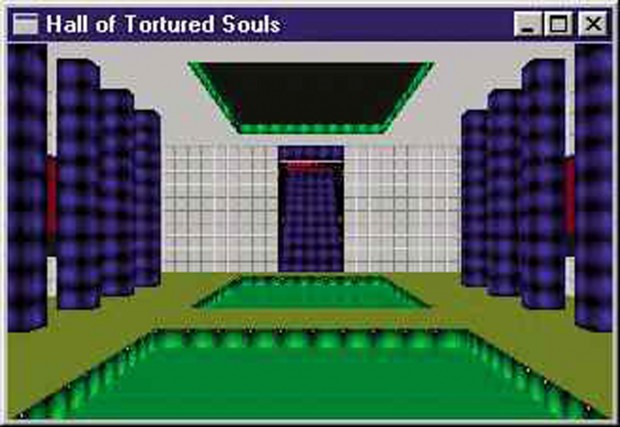 Share via
Some sites contain what are called Easter eggs – sweet features, hidden in plain sight, that you generally have to know about or click around to find. Here, we’ve collected some of the best. Prepare to be amazed by the magic lurking beneath the surface of the websites you visit.

There used to be numerous Easter eggs in Microsoft’s products throughout the 1990s, but nothing was more, well, creepy, than the “Hall of Tortured Souls” in Excel 95. This unescapable mini-game dropped players into a maze decorated with the names and faces of the Excel team. Excel 97 swapped out the maze for a flight simulator, then a racing game in Excel 2000, before launching its Trustworthy Computing initiative, which promised nothing unexpected would find its way into your software.

As with any alcohol site, you will promptly be given the option to say whether you are under or over the age of 21. When you click the former option you are met with a truly… spectacular sight: The below clip of He-Man singing in an exceedingly false manner.

For those who haven’t visited Dutch shopping site Hema, you’re missing a treat. Even if you don’t plan on buying anything, it has an amazing Easter egg that transcends language. Just go to http://producten.hema.nl/ and scroll your mouse over the blue cup in the upper-right corner. Then sit back and watch the website go to work.

In 2013, when you typed “Do the Harlem Shake” into YouTube search and pressed enter, the entire webpage would start to shake. Now, however, people are stuck with only the logo showcasing how groovy it can be. It’s still worth a look though.

Try to use Star Wars character Obi-Wan Kenobi’s advice on YouTube: “Use the force, Luke”. Type it in and you will see your screen move around, and if you move your mouse across the screen, the animation will trail behind.

For any Muppet fans out there, especially those with a fondness for the Swedish Chef, you can finally find out what he’s been saying all this time. Sort of. Whatever you do, just make sure the “official” (Swedish Chef) captions are on when you watch the below video.

Take a look around the Tardis

If you stand outside Earl’s Court Underground station in Google Street View then you’ll notice an old-fashioned police phone box that’s reminiscent of Dr. Who. Press the up arrow key and, in a break from Street View’s normal aim of presenting reality, you’ll be transported inside the Tardis and will be able to have a look around.

Try typing any of the following into Google: You’ll find some interesting results. In the list of playful results is the great site elgoog.im which offers numerous activites such as pacman and Google Doodles that you can play with. You definitely need to have a try on the guitar! Of course, you could always type “Atari Breakout” into Google images. Before you know it you’ll be smashing blocks.

If you ever thought there was nothing good about Chrome’s “Unable to connect” screen, then think again. Not only does it feature a miniture pixilated T-Rex, but you also get to make the error page dinosaur dance to your tune. The page is actually a game that works when you’re offline, which is activated by hitting the space bar, turning the error page into a very basic desert plain covered with cacti that the T-Rex must hurdle. By Shané Schutte