According to City A.M., which claims to have seen private documents, John Lewis benefits such as paid breaks and leisure incentives could be removed to make savings.

John Lewis, which is famously owned by its employees through a partnership model, pays staff a yearly bonus based on its profits for that year. While the figure stood at 20 per cent in 2008, the struggles experienced by the real sector have seen it repeatedly slashed to its current rate of five per cent.

Despite announcing a 24 per cent rise in profits before tax for the year ending 30 January 2016, totalling £435m, higher pension charges and lower property profits meant pre-tax profits before exceptional items dipped from £343m to £305.5m.

Now, City A.M. is reporting that rises to the National Living Wage, formerly known as the National Minimum Wage, have added around £170m to John Lewis salary allocations.

The John Lewis benefits which are already going under the knife include paid breaks at Waitrose, the supermarket owned by the John Lewis Group. Those yet to be announced include a possible removal of subsidies for staff trips to certain attractions and venues. This year also saw Waitrose reduce overtime and Sunday pay for new staff.

However, Waitrose got in touch with Real Business to say that paid break changes are on a voluntary basis. Waitrose has given staff the choice of a higher hourly rate of pay instead of breaks. This is worked out individually so as to match pay including breaks, it added, and has been offered on a voluntary basis.

A new John Lewis Partnership managing director was unveiled at the end of October, when former graduate trainee Paula Nickolds took over. Speaking then, chairman Charlie Mayfield said: “At a time of transformation in the retail sector, Paula’s progressive and dynamic leadership is just what’s needed for the next phase of modern retailing.”

Nickolds joined John Lewis in 1994 as a graduate trainee, and went on to serve as buying and brand director and commercial director.

When John Lewis released half-year financial figures in September, Mayfield explained: “We have grown gross sales and market share across both Waitrose and John Lewis, but our profits are down. This reflects market conditions and, in particular, steps we are taking to adapt the Partnership for the future. These are not as a consequence of the EU referendum result, which has had little quantifiable impact on sales so far. Instead there are far reaching changes taking place in society, in retail and in the workplace that have much greater implications.

“Our ownership structure makes it especially important that we manage the Partnership carefully and thoughtfully for the long term and our plans anticipate the impact of these bigger changes. Evidence of that is already showing within these results and will become increasingly evident as we implement our long-term strategy.”

At that stage it was relived that “transitioning costs in its distribution network” had seen operating profit fall by 31.2 per cent to £32.4m.

A statement has not yet been released regarding John Lewis benefits by the retailer. 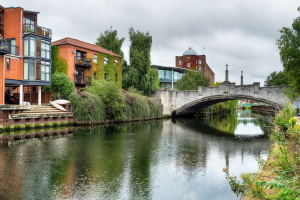