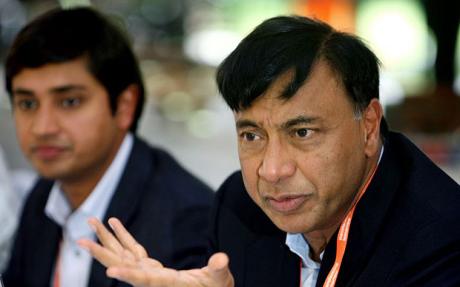 Share via
A quick glance through the Sunday Times Rich List shows just how important entrepreneurs are to the UK economy – of the richest 1,000 entries, 771 are self-made millionaires. “Entrepreneurs are absolutely critical for the British economy at the moment,” Philip Beresford, the compiler of the Rich List, told Real Business. “They’re the only people doing any job creation. We should laud them to the heavens for that, and try to make life as easy for them as possible.” We look at some of the notable entrepreneurs who stood out: Lakshmi Mittal. The number one in this year’s Rich List, Mittal saw his personal fortune grow by £11.7bn last year to £22.5bn, pushed up by the share price in ArcelorMittal. Sir Richard Branson, who saw his assets grow by £1.4bn last year to £2.6bn, fuelled by the recovery. John Hargreaves and family, whose fortune rose by £690m last year to just over £1bn, according to the Rich List. Hargreaves, who founded discount clothing chain Matalan in 1985, benefited from refinancing the business last year. Sir Philip and Lady Green also did well, seeing their fortune rise by £275m to £4.1bn – the richest retailers of the Rich List. Green’s Arcadia retail empire absorbed his Bhs chain last year, creating a group of more than 3,100 stores. Opticians Douglas and Dame Mary Perkins, the founders of Specsavers, also fared well last year, seeing their assets grow by £310m to £810m, thanks to a higher turnover in their chain of stores. Some retailers haven’t been so fortunate, though, with Sir Ken Morrison’s fortune falling by £70m last year to £1.5bn. Morrison stepped down as chairman of the Wm Morrison group in 2008. Young entrepreneurs did well, however, with many new entrants into the Rich List. Coming up on top was Andrew Michael, who founded internet hosting firm Fasthosts aged just 17. Now 30, Michael is worth £130m, according to the Rich List. Sean O’Connor is another one to watch. O’Connor set up Clean Energy Capital in 2007, providing investment opportunities in the low carbon sector, and he is now worth £33m. We’ll be speaking to O’Connor soon – so watch this space! “There is a much greater propensity amongst young entrepreneurs to be quite proud of being on the Rich List,” comments Beresford. “The next generation of entrepreneurs in their 20s and 30s are becoming very American in their attitude to money. They have a can-do mentality and want to make mega-bucks. They don’t have the hang-ups that older people have about money.”