The VOOM 2016 grand finale was held at ITV’s London Studios on the Southbank today (28 June), where six finalists competed for their share of a £1m pot.

With three companies spread across two categories, Startup and Grow, we can now reveal that the winners are…MacRebur for the Startup category and Bio Bean UK for the Grow category.

Ahead of their moment in the spotlight in front of Richard Branson and his judges, Real Business spoke to the victorious founders MacRebur’s Toby McCartney and Bio-Bean’s Arthur Kay to learn more about their respective journeys and plans for the future.

A press conference with the judges followed the announcement of the winners, but with Richard Branson arriving to the stage first, he couldn’t help but let loose on the voting outcome of the EU referendum – a sore subject as he campaigned for the UK to remain within the European Union.

Here’s what he had to say:

Question: “Given everything that’s happened with the Brexit vote and what you’ve said about how Chinese investors and others are looking at pulling out their investment, do you think it’s going to be even harder to fund the Heathrow runway, HS2 and things like that?”

Answer: “Sadly, yes. Unless somebody makes the very bold move quickly to say once we’ve negotiated with Europe there will be another referendum. If we carry on down the current path, we’re taking the country to a recession very rapidly. The bank shares have been wiped over the last three days, there will not be money to invest in new businesses, bigger businesses, [or] infrastructure projects.

“The justification for another referendum would be that Brexiters did not know what they were voting for – they assumed that the £350m would go to the NHS every week. Nigel Farage admitted, straight after the vote, that was not the case. They assumed they’re going to have immigration under control – Brexit ministers admitted that wasn’t the case at all. They said there would not be a massive downdraft in the financial markets and that this was an exaggeration – £3tn got wiped off the global markets in the first 24 hours. We lost more money in British shares than we paid into the European Union since the European Union started in one day. It’s been a bloodbath.

“Young people, overwhelmingly, are telling me up until four days ago they could live and work in 28 countries – suddenly they’re restricted to one country. Britain’s going to be broken up into smaller units.”

Q: “Do you have any confidence in politicians to sort this out?”

“The business world wants stability. We [at Virgin] work enormously hard to build companies, create jobs and make a difference in this world. Within 48 hours, we’ve had to cancel massive investment programmes, put a job freeze on, we’ve seen one particular Virgin company’s share price come down 50 per cent – with that kind of blow it’s got a lot of work to get back up there again.

“They’ve just taken away a market of 500m people. No wonder there’s going to be an earthquake, it’s just a shame people didn’t realise. I did try to make an effort to put full pages in and warn people of what would happen if they voted out. But it’s going to be devastating to employment in Britain, devastating to wages, devastating to business, devastating to infrastructure. We should have a had a third airport runway in the 1940s – once again all that will get delayed.”

Catch up on our Brexit commentary:

Q: “What should happen now?”

A: “Two-thirds of the House of Commons MPs believe we should be part of Europe – they were voted in by the public. The referendum was an advisory referendum, not a legally-binding referendum.

“In the business world, if we suddenly realise we’ve made a dreadful mistake, we’ll change tact. I think for the sake of the country, people have to be brave and change tact. By all means, change tact and go for another referendum, but with real facts in front of people so they’ve now seen the earthquake that took place when this was announced.

“Most of them didn’t realise that would happen, in fact they were told by the majority of English papers, the right wing press; The Mail, The Express, The Sun, that this was all scaremongering. It’s proven not to be scaremongering.”

Despite not being able to vote, here’s what Branson said when he launched his three-day EU Remain campaign. 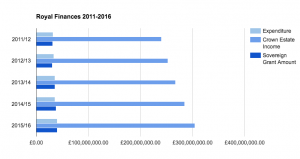 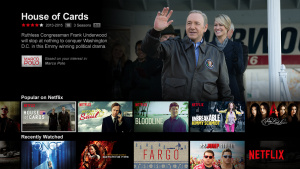