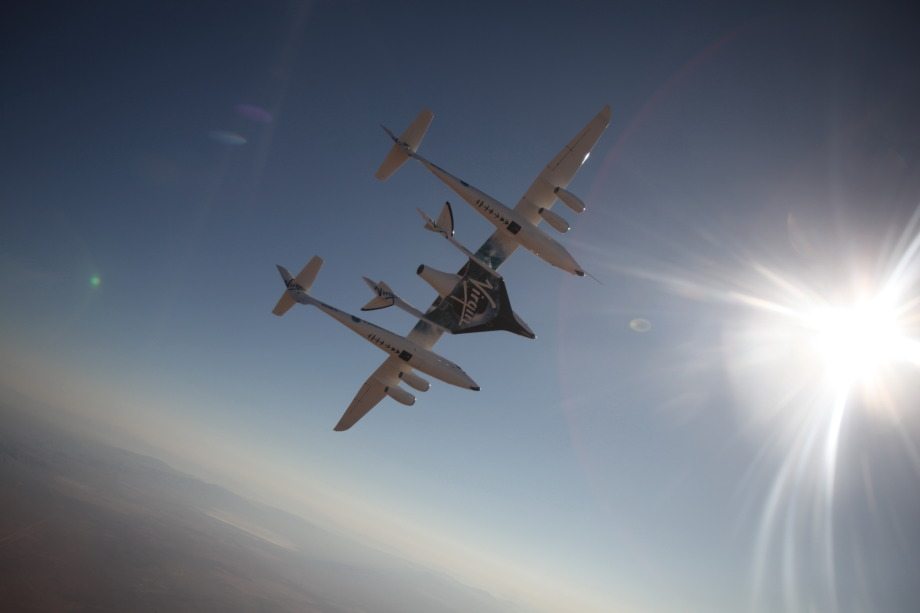 The Virgin Galactic flight, which took place above the Mojave Air and Spaceport, in California, saw Scaled Composites (the company tasked by Richard Branson and Virgin to build the captive plane and spaceship) and the Virgin Galactic team take off with two crew members on board the spaceship. The Virgin Galactic spaceship was, as planned, attached to VMS Eve (the captive aircraft) for the duration of the flight. All of the Virgin Galactic spaceship functions and systems were evaluated by the on-board crew members, while many other vehicle systems tests were carried out, too. Objectives achieved. Mission details: – WhiteKnightTwo (VMS Eve) flight number 33
– SpaceShipTwo (VSS Enterprise) flight number three in captive carry configuration.
– Flight Time: 6 hours 12 minutes
– VMS Eve crew: Mark Stucky, Peter Kalogiannis, Brian Maisler
– VSS Enterprise crew: Peter Siebold, Michael Alsbury You can view a video of the flight here: Here are some more photos of the Virgin Galactic flight: