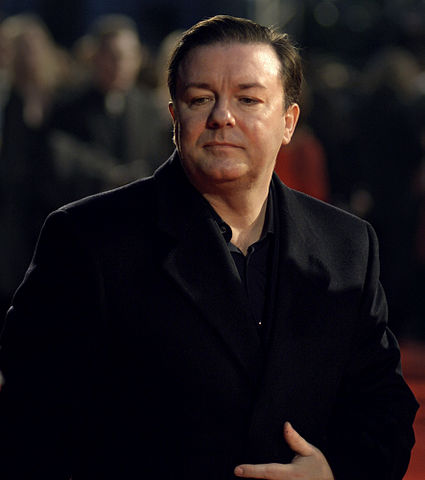 Over the last few decades, innovation and creativity have become critical skills for achieving success. However, creativity goes hand in hand with innovation. And there is no innovation without creativity.

More crucially, for any business to be inspired, creativity needs to stem from the ability to play and have fun, as well asbeing able to turn that facility on and off when necessary, accordingto an article written by Gervais in 2013. “This makes perfect sense to me,” he wrote. “Everything I’ve ever written, created or discovered artistically has come out of playing. “ To put his point across, Gervais quoted numerous writers, including author and musician Stephen Nachmanovitch, who said “creative work is play. It is free speculation using materials of one’s chosen form.” Basically, Gervais explained, you should muck about with “the stuff” you have in front of you and experiment with it. In fact, cartoonist Scott Adams, he revealed, was a big believer of creativity being the ability to allow yourself to make mistakes. “Art is knowing which ones to keep,” he was quoted as having said. Gervais suggested that people needed to let themselves go to be creative. “Children possess this quality but then seem to lose it as they are told, ‘it’s not the done thing’,” he explained, promptly following his remark with advice from Pablo Picasso, who used to say that every child is an artist: “The problem is how to remain an artist once she/he grows up.” The answer, Gervais believes, is to simply give yourself enough time to play. “Play the fool,” he explained. “Goad. Shock. Laugh. Trip over something that isn’t there. Try something and never be afraid to fail. That failure is useful too. It’s just another building block. Fame can curb your playful streak in the same way as adulthood, as it is another form of societal pressure. This is dangerous as comedy at some level always has an element of undermining normality. The reason fame can stifle this is because reputation suddenly matters more. Now, it’s not just some idiot annoying everyone in the pub, it’s that idiot Ricky Gervais. “I didn’t care about strangers thinking I was an idiot before because they didn’t know me. Now, they think they do. But, I’ve realised something. As important as reputation is in this case, it’s still only what strangers think is true about you. Character is who you really are. Only close friends really know you and that’s all that counts in the end. “The point of art is to make a connection. If people talk about it, it’s succeeded in a way. People have assumed that, because I don’t listen to critics, or take studio notes or whatever, that I think I’m perfect and have never made any mistakes. This could not be further from the truth. Making the mistakes is the point, is the fun, is the important bit. But they have to be my own. The writer Rita Mae Brown said, ‘Creativity comes from trust. Trust your instincts. And never hope more than you work.’ The only difficult bit about this is getting final edit. So much creativity is stifled by people who ‘know better’, or by fear of failure, and before you know it, your goals have been twisted and you’ve forgotten what you set out to do.” Here’s a video on Gervais’ creative process: