Sajid Javid was poised to announce the Government’s spending plans in less than a month. In fact, the chancellor had been dropping some pretty major hints about what to expect from the forthcoming Budget announcement.

However, following the shocking news of Javid’s resignation, and with the Spring Budget announcement under a month away, will anything change under his now appointed successor?

Conservative Yorkshire MP, Rishi Sunak is Javid’s replacement, and at 39 years old, he makes a relatively young chancellor. But what do we know about him? – And what are his political and ideological leanings?

Perhaps taking a look at his background might be able to tell us how he’ll help lead the country as chancellor.

A self-professed “first-generation immigrant” born to East-African Indian professionals, (his father was a GP, his mother a pharmacist), Sunak is proud of his dualistic identity, saying to the BBC: “In terms of cultural upbringing, I’d be at the temple at the weekend – I’m a Hindu – but I’d also be at the Saints game as well on a Saturday – you do everything, you do both.”

After attending private school, Sunak trod the well-worn path of many future high ranking politicians and attended an Oxbridge institution, namely Oxford University. There, he read Philosophy, Politics and Economics, (PPE) an Oxford degree that continues to be a popular choice among budding UK politicians. Moreover, it’s a degree that counts many high profile politicians such as ex-prime-minister, David Cameron and ex-Labour party leader, Ed Miliband among its prior students.

After his undergraduate degree, Sunak worked on his business knowledge and studied for an MBA at Stanford University. This was followed by a career in investment banking, bagging a job at top global firm, Goldman Sachs.

A friend to entrepreneurs?

After working for the international company, Sunak went down the entrepreneurial route and co-founded his own investment firm; his go-getting attitude inspired (perhaps) by his billionaire father-in-law’s self-made success as the co-founder of Indian IT services behemoth, Infosys. Considering his grounding in business education, and his own entrepreneurial story, perhaps Sunak will be a friend to the UK’s business owners on things like Entrepreneurs’ Relief and overhauling business rates?

(*Javid had been under pressure to scrap or put some business tax cuts on hold in order to facilitate more public spending on regional infrastructure and investment.)

A committed Brexiter, Sunak campaigned for Leave in the EU referendum, with over half, (55%) of his constituency voting to exit Europe. He sees himself as an economic internationalist, believing that Brexit will provide the opportunity for British business to take on a more global trade outlook, free from what he sees as the political and economic confines of EU bureaucracy.

Under his stewardship, SMEs involved in the European export economy could start thinking globally, and possibly achieve even better financial results by opening up their business to vast trade markets beyond the EU.

While Sunak has showcased strong partisan views as an MP which is something that many are afraid to do, (the likes of May and Corbyn were always cautious about voicing their opinions on Brexit for fear of losing popularity), he nevertheless always maintained his loyalty to the party leadership, whoever was in charge.

When Theresa May was PM, Sunak voted in support of her Brexit deal on three occasions. Under Johnson, he showed his support too via a series of media appearances with the new leader, according to the BBC.

In July 2019, Johnson appointed Sunak to chief secretary to the Treasury. Prior to this, he was parliamentary under-secretary in the Ministry of Housing, Communities and Local Government.

Ironically, Javid had also publically commended Sunak as a rising star in the Conservative party, praise that has now manifested in Sunak’s meteoric rise, and in Javid’s replacement. 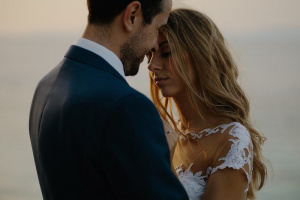 The dos and don’ts of working with your spouse 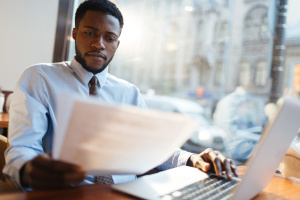 Half of tech professionals set to change jobs in 2020