It was also found that prices have continued to rise faster for micro, small and medium-sized employers at 4.7 per cent, although this is less than the six per cent figure reported by the Forum last year.

Furthermore, 63 per cent felt that it had inhibited their plans for growth.

Phil Orford MBE, the Forum’s chief executive, said: “The major reasons for increases in prices are predominantly down to transport and energy prices rising. The economic outlook continues to improve but costs still remain an issue for our members and a key focus of our lobbying and support services.

“This is a timely reminder that despite all the talk of a need for above-inflation wage rises businesses continue to feel the strain of rising costs. With the auto enrolment of staff into pension schemes just around the corner, the affordability of significant wage rises coupled with increased pension contributions will be called into doubt.”

Rising business costs could continue to restrict the ability of many SMEs to take full advantage of the signs of recovery, with an overwhelming 82 per cent of business owners expecting prices to continue to increase. 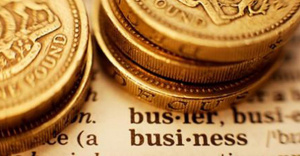