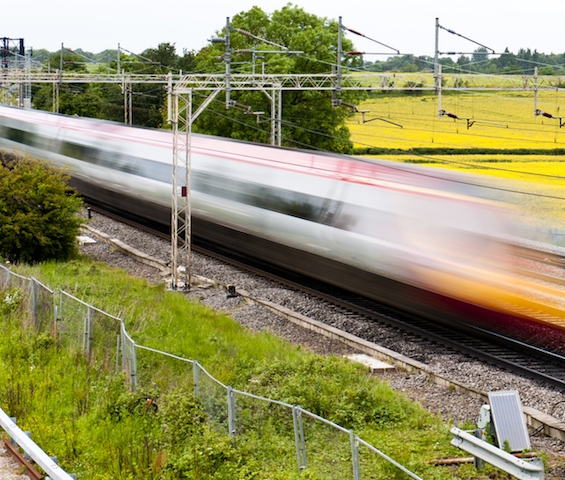 Share via
Although we had been warned that train fares were set to increase in 2019, the anger surrounding just how high they have risen has been felt today via mass protests around the country. But just how much have they risen, and why should business owners care Well as of this morning they have risen by a staggering 3.1%. The growth in cost will be felt most acutely by employees who commute into cities for work, with season rail tickets having risen by more than £100 on average. What’s worse is that all this comes at a time when rail services have been operating at a historically low level, with delays and lack of punctuality marring the customer experience. One only has to think about the multitude of disasters commuters faced aboard the Southern Rail service last year (including multiple cancellations and delays) to understand just how stressful and costly the commuter experience has become. Let’s see just how bad it really is:

So just how bad were train services in 2018″ Well according to these statistics, very: According?to the Press Association, one in seven trains were delayed by at least five minutes in 2018. This was purported to be the worst performance since September 2005, meaning that services were operating at a thirteen year low by the close of 2018. Added to this, Transport Focus, a customer watchdog, reported that less than half of rail users thought the services were good value for money in 2018. This brings into question, just where is the estimated £10 billion pounds rail users contribute to the rail economy going?

“After a terrible year of timetable chaos, passengers are being rewarded with yet another kick in the wallet.” Bruce Williamson, Railfuture

Why have they risen” Comments from the transport secretary:

So what did the Transport Secretary Chris Grayling have to say to all the disgruntled protestors gathered at rail stations this morning? Well, he has been vocal in defending the across-the-board rise, saying the move is to cover wage increases in the rail industry: “I don’t want to see fares rise in the way they have, but the reality is that costs do rise. Wages in particular rise very sharply in the industry.” “The money can only come from one of two places – it can only come from either the taxpayer or from people who use the railways. That’s just the reality,” he continues.

A snapshot of the price rise (annual season tickets)

For many employees who commute into work, the 2019 price increase is something they have to think about seriously. Paying to get to work has never been a popular concept, but if prices continue to rise, and if they are not matched by wage increases, or by job flexibility and perks, employees may decide to work closer to home to cut costs.

“Labour research suggested fares have risen nearly three times faster than wages, with the party calling for prices to be frozen on the worst-performing routes.” ?” Sky News

[article id=”113635″ title=”Why work flexibility is a winner”] This price rise is not only bad news for commuting employees today, but it also marks the start of a period of increasing uncertainty for British rail commuterseverywhere. Why” Because Grayling has ruled out any chances of a price freeze. This means that whilst rail commuters can try to budget for the 2019 rise, should they want to, there is a risk that fares will increase further, meaning that some may cease to be able to afford their commute to work.

What does this mean for business owners?

It means that you can no longer take your employee’s loyalty for granted. These rising costs will mean that the lure of a trendy office in an urban metropolitan location will no longer be enough for increasingly cash-strapped commuters.

“There’s a correlation between commute length and employee turnover. For example, British employees who travel for 30 minutes or more each day are more likely to be actively looking for another employer, with 39% doing so on average, compared to just 12% of those whose commute is less than half an hour.” SD Worx

What should employers do?

If you want to retain your employee talent, and, let’s face it, only a small minority can afford to buy or rent in cities such as London, and if you don’t want to shell out money for their transport costs or increase their wages, you must do other things to retain their loyalty. The least painful way to start is by engaging in low-cost improvements, such as advocating for flexible working conditions for employees. This includes allowing them to work from home on certain days. If you can establish a clear timetable for this, it means that employees can save money on train fares, allowing them to be able to continue their employment with your company. [article id=”124743″ title=”How employers can cut down on commuter stress”] Allowing for flexible working hours is a good option, whereby employees can avoid the high costs of early morning train fares if they are permitted to work from home in the mornings or able to start work later in the day. Making these changes may seem quite radical for business owners, and that’s ok. But if doing so means you’re more likely to retain your best and brightest staff, what’s wrong with a little flexibility here and there If their employers aren’t willing to foot the bill on unchecked and escalating train costs, employees may look to local employment where they can save their commuting money for themselves instead. Furthermore, we know that more people are starting their own businessesin the UK, and although that’s great, but let’s not make rising train costs the main contributing factor.