In my humble opinion the FSA has failed at every level, so don’t mourn its passing.

Failure at the macro level is, of course, well documented – the politicians and the press find it easiest to scream and shout about such. I won’t add further to this, except to say I am delighted to see Alan Yarrow, chairman of the Chartered Institute for Securities and Investment – and a man who has been in this business even longer than myself – clearly wholeheartedly agrees with me.

He said to the FT recently: “The most important thing is that there is no silver bullet in regulation. (Banking) innovation will always stay ahead of supervision”. In other words, macro-regulation is like the bobby standing outside the door of 10 Downing Street – looks reassuring and official to the world at large, but totally useless when it comes to protecting the occupants from determined intruders.

If it wasn’t so sad, it would be laughable that when it comes to seeking out damaging wrongdoing amongst the big-time adviser community, its biggest fines have been levied on firms who have chosen to notify the FSA that they have made a mistake.

A huge fine is exacted and invariably accompanied by the statement that no client money has been lost by the activities of the confessor. No wonder Private Eye magazine has long since labelled the FSA as “the Fundamentally Supine Authority”, as reaction rather than pro-action sweeps the big fines scoreboard.

Meantime, the nature of the fines levied in the name of investor protection from company misdemeanours are often just as ill thought-out. As I write this, the listed company Photo-Me has been fined £500,000 for failing to disclose inside information to the market in a timely manner.

The FSA says this failure was simply a mistake, so it has made no findings of regulatory breach against any of the company’s directors. As the FT points out, “the fine has, in effect, been levied against the shareholders. That’s the same group, of course, that was disadvantaged by the failure to disclose vital information in the first place. Having seen the value of their shares drop 24 per cent when the problems were revealed, they are now on the hook for the fine as well”. Brilliant!

At the micro level, one of the areas the FSA has made a big song and dance about in its efforts to protect investors is the “Know Your Client” rules. Any private client adviser will tell you that the mountains of paper this largely box-ticking exercise produces would make the inhabitants of Dickens’ famously bureaucratic Circumlocution Office applaud loudly.

In a previous article, I mentioned the FSA are always keen that private clients should be alerted to the dangers of investing in small companies, thus automatically portraying this sector as one which is naturally populated by miscreants and the generally untrustworthy (BP anyone?).

Wouldn’t it be nice to think that that the FSA’s replacement in this area, the Consumer Protection and Markets Authority (CPMA), might take a more positive and proactive approach. It could start by acknowledging that the overwhelming majority of small companies and their advisers are run by well-intentioned, law-abiding citizens and that the CPMA will dedicate itself to rooting out the few who are not. 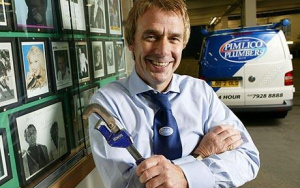 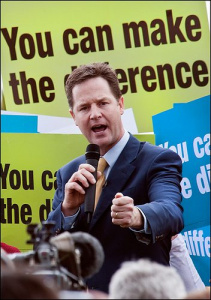