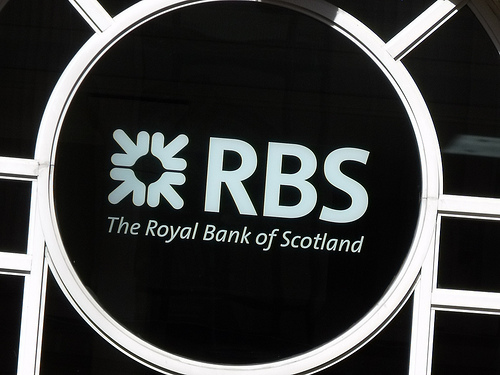 In 2012 Coutts dropped the RBS initials from its logo to avoid being associated with RBS and the negative press it has attracted in recent years. Now, after 11 years, Royal Bank of Scotland itself is set to do the same, permanently retiring the RBS logo.

It has been suggested that main reasoning behind the move is not only to reconnect with its heritage, but to rebuild trust and get back into consumer good-books after the UK Government bailed them out after filing losses of more than 24bn. This change is part of a 175m three-year makeover , which has seen 14 of 290 branches (so far) covered in tartan, tweed and heather imagery using Scottish textiles from local suppliers. A Royal Bank of Scotland spokeswoman said: Were not dropping the RBS name altogether, just writing it in full in the new branches. As part of the branch refurbs, we are reconnecting with our heritage and with the local communities, so our new signs will say Royal Bank of Scotland – which is the name the bank started with in 1727.” Image source By Shan Schutte