“Well Rudolph”, says Prancer, “I thought you promised great things when we agreed to share the premiership.”

“Gosh, no Prancer; one good election debate on TV doth not a politician make. I had hopes of you bringing a bit more to the table yourself actually. Instead, you have been a right thorn in my hoof. Mind you, I must say all these blasted businesses seem to have been a bit slow on the uptake on making their own Christmas presents. I did tell them it was up to them to get the economy going after all”, replies Rudolph, “And I have tried really hard with this spin stuff that Cupid is always going on about to make them love us.”

“Might have been helpful if you held a bit tighter to the reins, Ruddy,” moans Prancer further. “I mean, now you have the shaggy blonde Blitzen jumping in the limelight all the time. Never off the TV he is, and all the children seem to love him – even though he keeps on making terrible blunders. Just because you shared some jolly all boys trough a few years back and thought it was funny to go round knocking things down, he thinks he can step into your hoof prints. He is snapping at your heels now and I don’t see him wanting to share the same reinteam with me.”

“Well, at least we haven’t got a Vixen on our team this year – gone off to warmer climes in some jungle or other eating strange parts of other animals,” ho ho hos Rudolph in an effort to lighten the mood. “And after all, you bought Dancer onto the team – showing of his foxtrot on Strictly Come Prancing and far too short of what he actually delivers each year. Ever thought of going on the show yourself?”

“Certainly not,” snaps Prancer. “I believe only my incredible sincerity will win my place. But let’s be fair here, as he‘s on my team; surely everyone will be happy with this promise of a piggy-business bank one day? Just because it’s in the future and Dancer has clearly no idea what it’s going to be like or how it will work shouldn’t make them any less thrilled. I just can’t understand it,” says Prancer with a stamp of his hoof.

“Come, come,” says Rudolph, who is used to such displays of petulance from Prancer. “You know it is always difficult to deliver a promise instead of a present. And he has upset those in small trader country a bit – when he was first on the team, he did promise them greener and more fertile lands and he hasn’t really delivered. In fact, he has just moved from bigger and bigger trader’s lands, keeping on his search for somewhere that will provide a magic wand for us in return for all the goodies we bring. Not sure I am going to buy him a new hat to keep him warm this Christmas after all.”

“There are a lot of those promises that people don’t seem to have liked very much,” says Prancer glumly. “All this talk about giving money to help them, training and investing in the future – they were lovely, I thought. Just because they were mostly imaginary…“ Prancer pauses to sneeze. The ice seems to be getting colder this year.
“They seemed horribly ungrateful about my promise to take away some of their red ribbon if I was adding my own,” he continues finally. “Now that blasted Donner has jumped on the bandwagon and is saying he is taking lots of ribbon off altogether.”

“Well, let’s face it – do you want Donner’s job? I mean, if ever there was an ill-named reindeer, its poor old Donner. More take-awayer in my book!” Rudolph chuckles at his own humour. “Granted, he delivered a completely empty box back in March – but let’s face it, he makes the ideal scape-deer if anything gets a bit slippery for us. I mean – he has upset everyone who needs a bit extra with his three year big freeze and told everyone there is virtually nothing for Christmas this year – or quite a few years to come. I mean, gosh, how are we supposed to look all jolly and positive after that?”

“In fact,” Rudolph continues, “here comes Santa now and he doesn’t look at all pleased that we have mostly empty boxes again this year. Says there is a pack of wolves starting to bay and it might be time we moved out.” 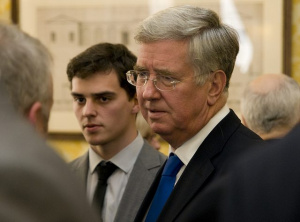 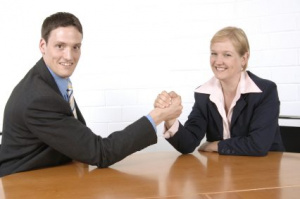