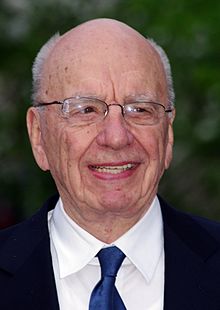 The biggest threats and dangers we face are the ones we don’t see – not because they’re secret or invisible, but because we’re willfully blind. By failing to see – or admit to ourselves or our colleagues – the issues and problems in plain sight, leaders can ruin private lives and bring down corporations.

Parliament’s Culture, Media and Sport Select Committee, after its investigation into News Corporation, has concluded that Rupert Murdoch is not a fit person to run an international corporation. It said: “on the basis of the facts and evidence before the committee, we conclude that, if at all relevant times Rupert Murdoch did not take steps to become fully informed about phone hacking, he turned a blind eye and exhibited willful blindness to what was going on in his companies and publications.” Whatever your opinion of Rupert Murdoch’s media outlets, this is a damning verdict on a man who has built one of the world’s largest and most powerful media businesses. It leads anyone who runs a business to ask: have I, at all times, taken steps to be fully informed about what is going on in my organization? What might be getting in the way of my seeing what I most need to understand? In Murdoch’s case, my argument is that one of the biggest problems he suffered from was not personal, but structural: power. Power encases its recipients in a bubble. Some of that bubble may attain a physical reality: encased in limousines, private jets, and hotel suites, very powerful individuals rarely inhabit the same world as the rest of the world. Protected from the knocks and bumps of daily life, the powerful don’t encounter the unscheduled question or unexpected mishap that shows where things could be going wrong.  Academic studies have shown that those with power are more optimistic, more abstract in their thinking, and more confident that they’re right. So mentally they’re in a bubble, too.

How should leaders avoid being trapped in a bubble? What are your lessons here?

Perhaps most potently in Murdoch’s case, powerful people can’t escape a trap. Those who hold power are surrounded by people who tell them what they want to hear, hiding or minimising what they imagine their bosses don’t want to know. On one level, this is not personal; it afflicts everyone. Ambitious executives want to please their bosses, so they deliver the good news and bury the bad. It’s assumed that conflict is undesirable so anything that might provoke it mysteriously disappears. Leaders themselves need do nothing to encourage this. The ambitions of those around them is enough to ensure that they are surrounded by smiling bearers of success stories. Murdoch isn’t the first and he won’t be the last to be caught in this power trap. John Browne, when he led BP, was famously ensnared in it, blind to the dangerous operations which led to accidents and fatalities. His later memoir acknowledged as much. He wrote: “I wish someone had challenged me and been brave enough to say, ‘we need to ask more disagreeable questions’.” It takes enormous energy, fortitude, and humility to see that power isn’t just a privilege, but also a problem. To solve it requires finding and protecting people whose job it is specifically to ask the hard questions, to test assumptions, and challenge received wisdom. It also requires corporate governance and directors to do likewise. Most of all, the problem of power challenges all leaders–whether of billion-dollar businesses or small companies–to appreciate that, however much they say they want to hear the truth, no-one will believe them until they see the delivery of bad news rewarded. Margaret Heffernan is the author of Wilful Blindness and a long-standing contributor to Real Business and the Huffington Post. This article is adapted from an original piece written for Inc magazine.