Real Business has previously looked at how the healthy snacks and healthy living markets in the UK is securing an increasing amount of interest.

You have the likes of protein-rich breakfast producer Fuel 10k working alongside household brand Tough Mudder, while fitness entrepreneurs are surging to the surface with ventures such as The Body Coach and LDN Muscle.

As such, consumers in Britain are increasingly aware of their wellbeing, lifestyle, exercise and diet choices, which is where healthy snacks fit in.

In Russia, entrepreneur Elena Shifrina is a force to be reckoned with. She founded Bio Food Lab back in 2012, a healthy snacks business producing Bite bars – an idea that came to her on the back of a three-month stint at MIT.

Before her entrepreneurial endeavours came to the fore though, Shifrina was a model.

Reflecting on that time to Real Business and how she made the switch to business, she said: “I was a fashion model in London and Paris, and my career was going very well.

“I just decided I wanted to do something more than walk down the runway. That is not a jab to modelling as a life choice. I loved working as a model, and it is a much tougher profession than many would expect.”

Seemingly it was that toughness that prepared her for entrepreneurship. She studied international business in London at Regent University for four years before she secured a role in the oil industry.

“I was a petroleum trader at TNK-BP, but decided to move on once I set aside sufficient capital to pay for an MBA and start my own business. I always knew that I wanted to work for myself and to do my own thing. It was all about finding that something to dedicate 100 percent of my time and energy to,” Shifrina said.

“After leaving the company, I enrolled in an MBA program at the Skolkovo Business School in Moscow and as part of that program was an exchange student at the Massachusetts Institute of Technology.

“My classmates and I were so busy with our studies at MIT that we had zero time to prepare our meals. So we got in the habit of grabbing healthy snack bars from the university dining areas. There were few healthy snack bars in Russia at the time except a limited line of expensive imports.”

Shifrina explained that the Russian idea of healthy snacks contained lots of sugars, syrups and preservatives, all of which she considered a contradiction.

Returning to Moscow after the period at MIT, her entrepreneurship professor called on students to develop a business idea for a product or service – Shifrina went with healthy snacks.

She said: “I researched the market and learned that Russia’s healthy food industry was growing at seven per cent a year. But it lacked snack bars, which meant there was a massive opportunity. So, I founded the company in 2012 with $120,000 of my own funds. The rest is history.”

The impact of Bite bars in Russia has been significant, which Shifrina attributes to the fact they’re 100 per cent natural, comprising fruit, nuts and oats.

“They don’t include any seven-syllable, ridiculously hard-to-pronounce chemicals or colourings. We don’t include added sugar or supposedly ‘healthy’, fancy syrups,” she said.

Differentiating itself from the competition like that has allowed Bio Food Lab to sell 2.5m Bite bars a month in Russia.

In terms of target audience, Shifrina had a welcome surprise when she realised that it wasn’t just adults buying the products as expected. Customer feedback revealed that children also enjoy the healthy snacks, and no doubt their parents appreciate that fact, which resulted in the launch of Biteys products for kids.

From five flavours at launch to more than double that to 11, combinations include everything from figs with cinnamon and banana with peanuts to apple with carrots and cranberries with almonds.

To build on the 2.5m bars sold in Russia, Bio Food Lab has also started sales in 14 additional countries, with the UK chief among growth plans.

“At the moment, our sales are growing fast in the UK, UAE and Japan,” detailed Shifrina, adding that the online store has helped grow sales.

She continued: “These are all markets with a health-conscious population that is increasingly looking beyond traditional snacks and non-healthy ‘healthy snacks’ – products labeled as healthy but containing tons of added sugar and preservatives – for foods that are all-natural and delicious, which sell at a great price point. This is exactly what we offer.”

Looking further at the UK, Shifrina explained that her personal history with the country means she has quite a deep desire for making Bio Food Lab a success here – she’s already on the right track with Sainsbury’s among sellers stocking Bite bars, which can be bought for £1.99 each.

“The UK is a crucial market and a country I’m deeply attached to because of my personal history. I have always been of the mind that ‘right now is not soon enough’ in terms of entering Britain,” she said.

“We have been extremely fortunate in that Sainsbury’s, Britain’s second-largest supermarket chain, sells our products.

“The UK also has the strictest food import requirements in Europe. I have always prioritised maintaining the highest international production and packaging standards, and the UK was always the bar that I set for myself and ensured we lived up to. So, selling in the UK means we’re good enough to sell anywhere.”

While Shifrina maintained that successfully operating in the healthy snacks business means having a great product to sell and knowledge of how to market it is likely to work well regardless of location, she added there are significant differences between the UK and Russia.

“One thing that is easier about the UK is that the concept of healthy living is much further down the road. In Russia, 20 years ago, few believed healthy living would take root, especially as quickly as it has. Even fewer thought the healthy foods industry would flourish so fast,” she said.

“But things have changed rapidly since then, as they have over the past two decades, due to globalisation – the import of healthy food products, more people starting to learn about healthy living on the Web, and the world generally becoming more health conscious – and state policies banning alcohol sales afterhours and smoking in public places, and promoting sport.

“So, less education needs to be done in Britain in order to successfully grow sales for this type of business.”

To build awareness of Bite products, word-of-mouth advertising is the game plan at present. Fans of healthy snacks and lifestyles tend to naturally talk about ones they feel strongly about, so that’s proving to be the most effective and trustworthy advertising so far.

Elsewhere, taste tests of the healthy snacks have resulted in overwhelmingly positive feedback. It’s allowed Bio Food Lab to secure solid sales in the US via online before an official launch has begun.

“We will continue actively engaging our customers, listening to them, evolving based on their feedback, and expanding our marketing and distribution,” she said, explaining the plan to push forward with the UK vision, which will include unique flavours.

On where Shifrina expects Bio Food Lab UK to be in the next year, and whether sales can repeat the success of Russia, she said: “We will be in all the major supermarkets, chemist’s shops and healthy food stores in Britain.

“We are planning to have at least five per cent of the market by 2020. If you put that in real terms, that’s far more than 2.5m bars per month.” 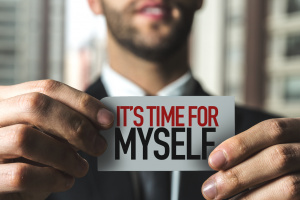