Ryanair – the world’s most expensive airline.

The latest Ryanair scam is to charge passengers £2 in case it has to cancel the flight and then be forced by the EU government to fulfil its legal obligations.

Let’s review this. Ryanair is a cheap carrier. On March 31, its website advertised an £8 one-way fare. You can’t get much cheaper than that. So, at 17:15, I decided to log on to get the “real” cost.

Any bets as to what percentage increase the real fare is? Three times? Four times? Well, the advertised £8 fare from Stansted to Glasgow was available at £9.99, so just 25 per cent more. Of course, there is then an automatic online check-in fee of £6 (another 75 per cent) so the real opening fare is £15.99 which is 100 per cent more than the advertised fare. Then, of course, you might want a bag, which will set you back £25. A text confirmation costs another £1; priority boarding costs £4; and then you want to pay (note that Ryanair only accepts online bookings – you can’t pay in cash, so there’s no way of avoiding paying an admin fee). This is not a credit-card fee, but it is added when you select which card you are using, so what else can it be? I selected MasterCard. Lo and behold, a £6 charge appears.

I didn’t realise that when Ryanair advertised that it was “cheap”, it was talking about itself, its tactics and its products rather than the price. More fool me!

The EU should make all airlines advertise the true costs and not some made-up twaddle. After all, you don’t see an advert for a £10,000 car saying £1,000. The ASA would have them in minutes – so why does Ryanair get away with it?

Update! April 4, 2011: Thanks to Real Business reader @BespokeMax for sending us this “Cheap Flights” ditty by Fascinating Aida – included below for your enjoyment.

Best line: “Cheap flights, cheap flights, we should have gone by sea. These’s no such fecking thing as a fecking flight for 50p.” Genius. 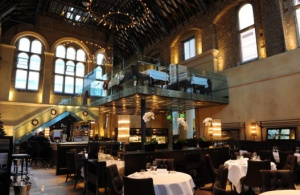 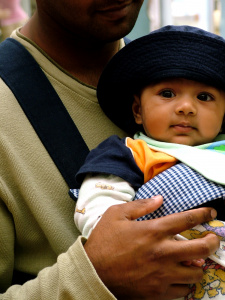