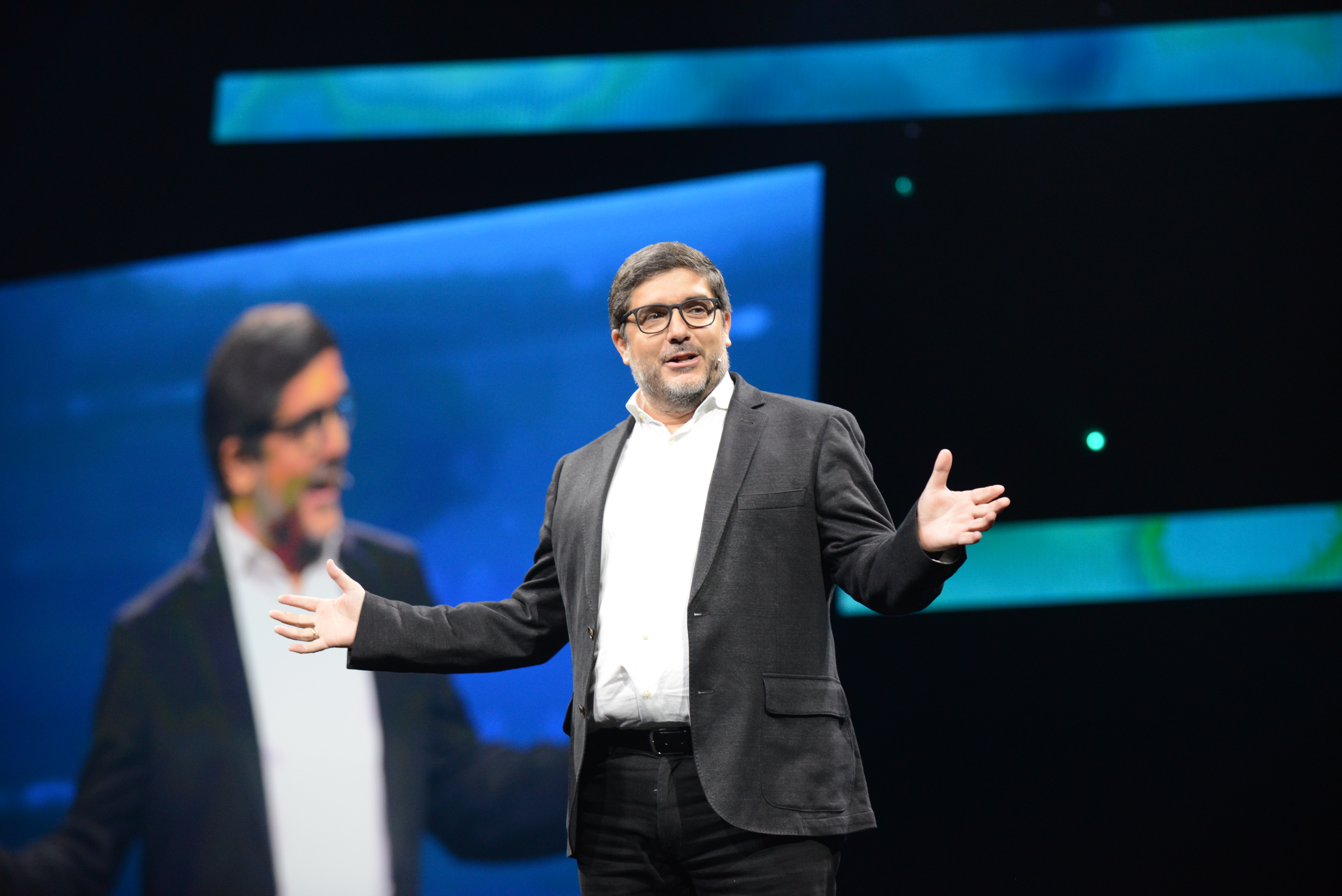 The accounting firms marketing boss delivered the final keynote of the Sage Summit on the fourth day, which saw Ashton Kutcher and Kickstarter co-founder and CEO Yancey Strickler take part in a Q&A to mark the end of the conference.

But before speaking to the A-list business personalities, Solanas had some insights of his own to share with the audience of SME bosses. He spoke of the crucial moment all leaders face when switching from startup to scale-up and, having worked at IBM and Microsoft before his nine-year run at Sage, said there is one incontrovertible development that must take place and it doesnt concern capital. To go from startup to scale-up, there is one fundamental shift that needs
to happen and it’s about you personally. When you’re in startup mode, your passion and vision get things started; you find a need, create a product or service that people love, start getting customers who pay you for it,” Solanas said. Passion and vision arent enough, even if you feel you’re achieving your dream, however. Not to cast a downer on the positive atmosphere the weeks sessions had conjured up, but Solanas was eager to lay down some facts and stated 90 per cent of startups fail.

He continued: What separates the ones that thrive and grow, that scale up, from those that dont Usually the leader – and the role they play. To scale up your business, you need to go from visionary to pragmatist. You need to make one fundamental shift in how you think and work. You need to focus on execution. And this is very hard. Thats going from dozens to thousands of customers, looking at finances in the long-term, and moving away from the habit of hiring, and borrowing from, friends and family. All while fending off rivals. An inspiring vision is what you need at the outset, but it won’t get you to the
next level. Execution and pragmatism will,” Solanas stated.

How does one make the switch hes talking about though There are four key accelerators that work wonders, according to the CMO.

(1) Capital Since cash can kill a business in an instant, make sure you have someone in the business that can manage the numbers to see problems before it’s too late. “Whether you outsource or hire onto your staff, a great accountant or bookkeeper can save your business from cash-flow disaster,” he said. (2) People Having already made it clear that vision can only get you so far, the solution is to hire people that can do what you cannot, as difficult as that maybe. An example he used was when Google founders Larry Page and Sergery Brin hired Eric Schmidt as CEO four years after launch. In 2001 Eric Schmidt was appointed Google CEO, which was arguably one of the smartest decisions they have ever made,” Solanas claimed. The hardest thing a business owner may have to do in their lives is to come
to the realisation that they arent the right person to take the business to the
next level.

(3) Partners Dont just think of partners as co-founders, these partnerships can be banks, businesses, founders and mentors alike. He said: We hear regularly from our customers that being a business owner can be
lonely because you’re navigating the future on your own. It doesnt have to be that way, and in fact it shouldnt be that way if you want to scale. (4) Technology Reflecting on his time with a tech startup accelerator in Canada, he found that the way services should be used is hugely important to achieve targets. As an example, when I asked what they were using to manage their customers, most of them said Salesforce. Given many of these startups had just two, three, five or ten employees you may find this surprising,” Solanas revealed. But what we heard was that they were not adopting technology to meet
todays business needs. They were thinking of significant growth three months from now, six months from now and next year. Of course, Sage is packaging itself as full-service tech titan now, one that will slay all in its path to improve its future and that of the three million SMEs using its programmes. So if you’re a Sage customer or not, but want to be part of the scaling movement, perhaps it’s time to sit back, digest Solanas words and ask yourself am I the right person for the job By Zen Terrelonge