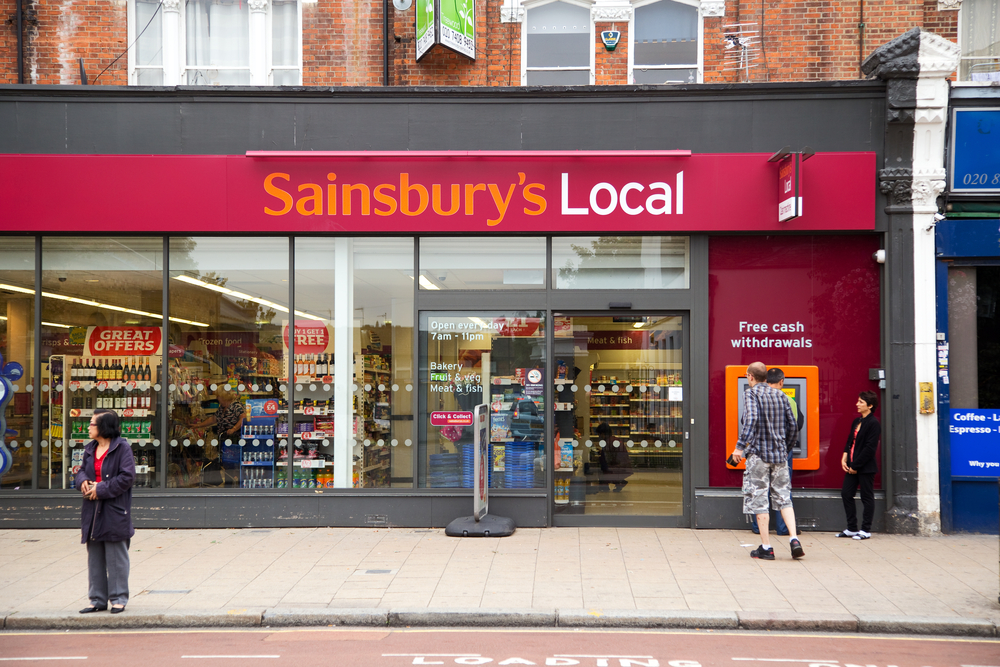 With businesses such as Phones 4 U highlighting to UK shoppers how fragile the economy can be and how close some may be to closure, new research has discovered which five companies the public think are likely to go bust next.

Alongside supermarket chain Sainsbury’s, which recently reported its first annual profit fall in a decade, fellow retailers Sports Direct, Mulberry, Poundland and Tesco were selected. A total of 18 per cent of respondents opted for Sainsbury’s, while Mike Ashely’s discount sporting goods chain Sports Direct secured 14 per cent of the vote. Competitor supermarket Tesco, which as itself become embroiled in financial trouble stemming from reporting irregularities, polled seven per cent. Having hired a new CEO in 2014 in the form of Dave Lewis, often called “Drastic Dave” for his previous cost-cutting exercises, Tesco recently announced the closing of 43 shops and the shelving of plans for a number of new locations. The most common reason (31 per cent) given for Sainsbury’s going under was the financial losses it is accruing, with many admitting to doing no shopping at all there. High prices (27 per cent) were also cited as a problem for Sainsbury’s as well as the “rise of budget supermarkets” at 22 per cent. Nick Swan, founder and CEO of survey commissioner VoucherCodesPro.co.uk, believes it is a shame Sainsbury’s, which has been in existence since 1869, is struggling. “It would seem that the recent announcement of losses and fall in stock price has had an effect on Britons. It would be a shame to see it go bust, so something needs to be done to avoid this happening and to allow Sainsbury’s to thrive once again.” Read more about failing businesses: Amongst the suggestions from the survey’s 2,642 respondents for Sainsbury’s to improve were sourcing more produce locally, closing some locations and cutting costs in line with budget rivals. Poundland’s inclusion on the list follows its March 2014 flotation on the London Stock Exchange and recent acquisition of rival discounter 99p Stores – which is subject to competition clearance. Since debuting on the public markets with a share price of 300p, Poundland has experienced mixed fortunes and currently holds a price of 319p. At the end of 2014 Real Business had a look at five businesses which had failed to make it to the end of the year. Sitting alongside Phones 4 U, which went under after losing contracts with O2, Vodafone and EE, were mobile-only streaming service Bloom.fm, the Caterham F1 team, La Senza and Jane Norman. Image: Shutterstock By Hunter Ruthven