There seems to be a schizophrenic dance that goes on amidst reports that ‘managers need to be better at spotting misconduct! They need to have stronger ethics! It’s their job to report it!’ as opposed to: ‘Managers are the problem! Train them better! They need to be more ethical!’

Saint or sinner, which one are you? Maybe it depends on the day of the week. Who knows!

And if you thought you were one, be prepared to be portrayed as the other. Only this week, two FIFA whistleblowers moved swiftly from a narrative of courageous individualism, deserving of anonymity and praise, to becoming suspect in terms of the validity of their evidence and their motives, and no longer meriting names being kept out of the media.

The rights and wrongs of that case – and the ethics of FIFA itself – are not the issue here. While there is a robust debate going on, it’s at a systemic level, and concerns football as an industry, FIFA as an organisation and football as a cultural phenomenon.

But in the context of what happened to these two women, the conversation is subtly different, and conflicted. It talks about how we see managers as individual human beings, and the extent to which they are – or are not – responsible for what happens around them, and regardless of the merits of their complaint.

So you are a manager, and you witness misconduct or unethical behaviour, or are wondering whether something falls in that category but struggle to find the words for fear of what might happen.

What do you do? And based on what criteria?

If you are looking for an easy checklist and for me to somehow make this simple for you, in a sense I can. But only provided that you can live with the consequences of your decision. Because that is where this plays out: at the level of the individual.

According to Roffey Park’s ‘2014 Management Agenda findings‘, nearly half of respondents reported having observed misconduct in their organisation. But of these roughly one third chose not to report the misconduct, mostly because they did not think corrective action would be taken or, worse, feared reprisal. Rather than talk, they were more likely to walk, and leave the organisation with questionable ethics.

This is about decision making at an individual level, and the consideration of a polarity, of two irreconcilable opposites. Put simply, speaking out vs. not speaking out. And within this, the costs and benefits, the pros and cons, of both.

You as a manager will be assessing risk relative to this, and that will be framed by, broadly speaking, your personal and professional contexts, and your moral/ethical stance relative to both. Because in all likelihood, you will be prioritising one over the other. And that is why the rhetoric around misconduct and whistleblowing is over simplistic. It makes an ‘either/or’ choice out of something that is rarely, if ever, that simple.

Even if you worked in a mythical ‘GoodCo’, with wonderful leaders, a strong whistleblowing support culture, and lovely colleagues, things change if you are faced with being the heretic. In some respects, it may be easier to report misconduct and stay true to your ethics if you are a manager in ‘EvilCo’, where your loyalty hangs by a thread and the main reasons you stay are financial or to do with career advancement.

If everyone knows you work for Satan (or at the very least an organisation where it will not come as a surprise to learn that it is not all sunshine and roses), being the person who cries foul will not be a huge surprise, albeit people may wonder at your career limiting honesty and become coy about employing you in their organisation.

So when you are in the territory of misconduct, of the organisational undiscussable – the clues for which are big and grey and trunky, or sometimes insidious and hidden – this is the land of the Catch 22, where you’re ‘damned if you do and damned if you don’t’.

At an organisational level, the best you can do is to create a culture that holds and works with that tension on an ongoing basis. At an individual level, this is about you deciding on your moral stance, assessing what you witness relative to that, and regardless of whether the culture of your organisation is one that is likely to support you, weighing up what matters to you most.

You may be ostracised, you may be thanked, maybe both. You won’t know for sure until you decide. And that is why this is about you, as a manager, as a human being in a role of manager, making a choice.

What do you do? 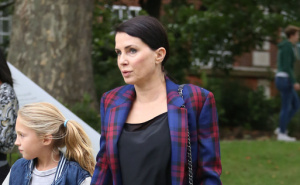