Now the site of Birmingham City University, it will serve as a creative innovation centre in the future following a £14m funding inception. Called STEAMhouse, it will involve the coming together of arts, culture, science, technology, engineering and maths.

Unveiled in chancellor George Osborne’s Budget 2016 speech to the House of Commons on 16 March, the Midlands Engine investment is looking to capitalise on new enterprise in the region. Government figures show that there are nearly 100,000 more businesses in the Midlands than there were in 2010, the equivalent of 52 new firms a day.

The concept of a Midlands Engine was first introduced in the second half of 2015, and was backed up by work Javid did with a Chinese delegation that visited in February.

Javid said: “Driving growth in the Midlands is a key part of the government’s devolution revolution. The new £250m Midlands Engine Investment Fund will go further by backing even more growing businesses and creating thousands of new jobs throughout the region.”

Details in the official Budget 2016 document showed the Conservatives will put Midlands Connect on a statutory footing by the end of 2018 to create a sub-national transport body for the Midlands. A new Local Majors Fund will be created, serving as a competition for local areas to bid for funding for large transport projects.

To back local companies and “build on the area’s strengths in space science and research”, a new Enterprise Zone will be created across Loughborough and Leicester. The government also announced the creation of an Enterprise Zone at Brierley Hill in Dudley.

Some £16m has been freed up for R&D funding, matched by industry, to support aerospace firms in the East Midlands. Rolls-Royce will get £7m to develop high-temperature alloys.

In 2015, median earnings of full-time employees grew faster in the West Midlands than in any other English region, official statistics concluded. The East Midlands also had the strongest productivity growth between 2010 and 2014 of any region. 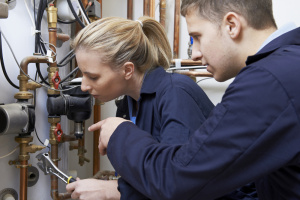 Are your expectations too high? Firms must look for potential greatness in apprentices

From Harry Potter to Darth Vader: When CEOs play dress up