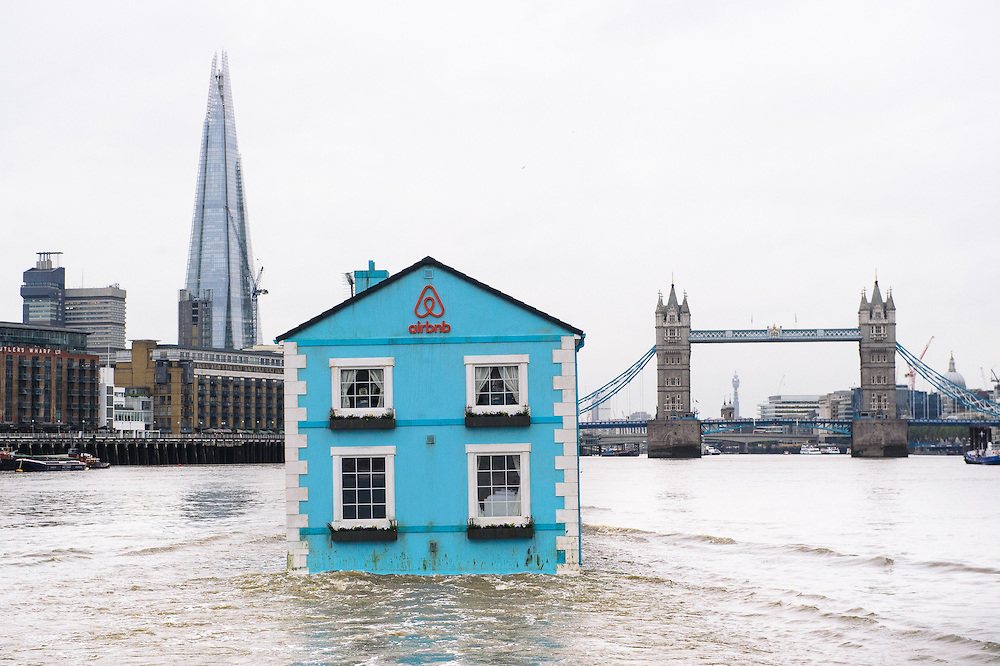 Share via
On 25 January, Real Business attended the grand opening of Airbnbs new office, where the companys general manager James McClure revealed that 2015 was a year of significant growth for the UK division of the business. He opened with the San Francisco firms origin story, which saw founders Brian Chesky and Joe Gebbia open their home to business travellers eight years ago in order to afford rent to date, Airbnb features 2.3m listings and has processed 70m guests worldwide. In the UK there are more than 80,000 listings, which has nearly doubled in the last year, and in that year weve welcomed over 2.2m guests to the UK. This is good for the UK and it’s good for families,” said McClure. He revealed the average host earns 2,000 a year and houses guests for 46 nights, while over a third of hosts earn below medium income. Meanwhile, half of the hosts are using the Airbnb capital to pay bills. McClure continued: Its also good for communities 70 per cent of listings are outside of the main hotel and tourist areas. In London, this means you’re more likely to stay in Kennington than Kensington and this spreads the benefits of tourism to the local areas, so local shops, cafes, businesses and cultural institutions can benefit from the increase in guests. According to guests that used Airbnb for stays in 2015, 85 per cent said it was so they could live like a local and have a real authentic experience by staying in someones home, which resulted in an average rating of 4.5/5 across the year. With insight on the types of customers using Airbnb, the platforms four millionth UK guest was travelling from China on business and chose to stay in a spare room in Clapham.

Of course, the very nature of the sharing economy means that it’s designed to offer a wide variety of people countless options. Indeed, the government said back in March 2015 during the Budget that it would encourage ministers to use the marketplace for travel and accommodation when on business duties. The announcement from George Osborne came just a fortnight after the official launch of the Sharing Economy UK trade body, which was designed to help shape and regulate the emerging sector that has resulted in an explosion of disruptive new companies. Across the year, the SEUK has created an official definition of the space to provide clarity to businesses and consumers alike, while a partnership was forged with Oxford University to develop consumer trust. Airbnb is one of the SEUK members, which prompted McClure to add: Wed like to thank the government for their support, on behalf of Airbnb but also on behalf of innovators and progressive companies across the country. Since day one, theyve been supporting the positive impacts of the sharing economy and have enacted smart regulation to help ordinary people put more money into their pockets. He highlighted the clear home sharing laws found in the UK capital, calling them some of the clearest in the world and said the firm has a commitment to work with Brits and make London the centre of the global sharing economy .

On the topic of policy makers, business secretary Sajid Javid was in attendance at the and commended Airbnb for its remarkable growth over the last few years. Javids presence and the companys four millionth customer milestone also marked the launch of a study from the SEUK and Airbnb. Written by Diane Coyle, professor of economics at the University of Manchester, the report found that the UK government must foster innovation across the country, build trust and identity for the sector, and improve accessibility so that older people can also benefit. In order to modernise economic statistics, this report argues that changes be made to ONS data collection, in order to fully understand the scale and impact of the sharing economy,” revealed Coyle. Key PwC figures in a study from SEUK chair Debbie Wosskow showed that the sharing economy is worth 9bn globally and it’s set to rocket to 230bn by 2025. Breaking that down for the UK, the sharing economy is worth 500m at present and could grow to 9bn a year by 2025. Its good to be here when you mark your four millionth guest. I think it’s more remarkable when you consider you’re the largest provider of short-term accommodation in the UK,” said Javid. If you think about Uber, it’s the largest provider of taxi rides in the UK and they dont own a single vehicle. Order food from Deliveroo and they dont own a single kitchen. Thats what we mean by the sharing economy those things come together to deliver more choice, more competition and help put more money in peoples pockets.

He detailed the governments new cross-department agenda to support growth, innovation and said there is a desired for more of those types of companies to launch in the UK. Its serious, well become the first western government in the world to look across every single department and see what they need to do to make the UK an even better place to start and open a business, especially if it’s a new innovative business like Airbnb and others,” he said. Its not just a job from my department or the Treasury, in every single government department theres a role to play, so youll be hearing a lot more about this to help you grow. But also we want to see more companies like you thrive right here in the UK. Of course, Airbnb took innovation to a different level last year when it offered accommodation on the River Thamesin a campaign designed to generate brand awareness in Britain. Based on the companys growth, it appears the floating house may have worked. By Zen Terrelonge