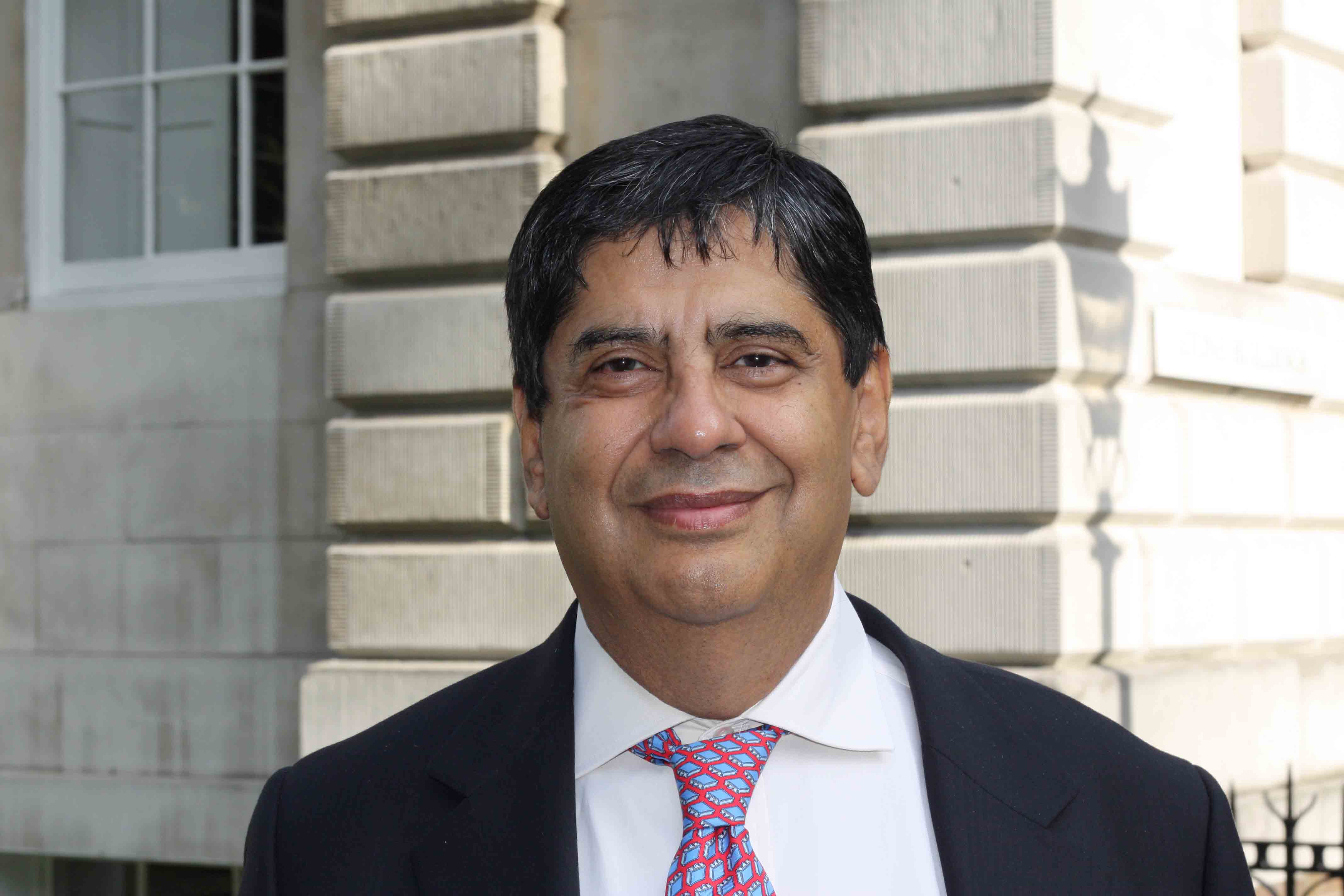 Share via
So, Tony Blair… (Laughs) Yes, Tony is a good friend we still speak now from time to time, though less than we used to. I met him whilst working for the Indian High Commission in the eighties. He wanted to work on a shipping case and I instructed him. The Gandhis were a client of yours how did that come about After becoming solicitor for the India High Commission, work started to flow in. There was one case for the Asian Game in Delhi and Rajiv Gandhi he was PM of India and chairman of the Games organising committee. A company called Medco, which had advertising contracts for the Games, was suing for $5m due to breach of contract in English Court. Once I had won the case, Gandhi was really pleased, and we stayed in touch after.  As time passed, whenever any of Rajivs friends faced legal difficulty Sumati Morarjee, the first woman of Indian shipping, was one such person he would direct them to me. We developed a great relationship I still have all of his Christmas cards and letters, and we got along so well he invited me to his birthday parties. In fact it was only through Rajiv Gandhi that Amitabh Bachchan, the Bollywood star, came to me when he got involved in the Bofors scandal. And Vincent Tchenguiz He always says that I saved him from going to jail. I advised him to sue the Serious Fraud Office when no one else would. I told him to be bold and sue them, and he followed my advice. The Tchenguiz brothers are good friends of mine and they still seek guidance from me often. Vincent and Robert are both extremely good men who come from a family of great character theyre both very loyal, so if they call you a friend they will stick by you. Your company acted for Saddam Hussein also Yes, Saddam Husseins ambassador contacted me saying they wanted to sue the US before the second Gulf War. I met with his associate three times, but refused to meet with Saddam Hussein because of his past behaviour. I suggested to his team we should start proceedings in the English High Court or the International Court of Justice. By the third meeting, their team had said they were ready to discuss settlement without war, so I approached Tony Blair to discuss the matter. Blair wrote me a letter telling to me “stay away”, and the rest to borrow a clich is history. I am truly sorry that the war went ahead anyway. We could have ousted Saddam Hussein without a war, and saved trillions of dollars and more importantly millions of lives in the process. Tell us about when you met with the Dalai Lama. I got to meet him in person and he presented me with a shawl. He took my hand, put it on his heart and said: Only you can help me . The Dalai Lama wanted me to mediate for conflicts between Tibet and China. I tried, but things didnt work out the Chinese just werent interested. The Chinese feel, and felt, that after Dalai Lama, the whole thing will peter out. How did you get to know Benazir Bhutto I was first introduced to Bhutto by Tory MP Tony Baldry, though nothing really came of that meeting. Then one day I happened to get a phone call from her associates, wanting me to head out to Dubai immediately. Bhutto had been convicted by the Pakistani Court, and wanted to be taken to London. We were both soon on a first class flight back to London. Passing through immigration, she said to me: You know, when I pass immigration, I still get a pang in my stomach like the student days. I had dinner with her a month before she died, in London. She was more interested in my personal life as I was single at the time. She once hosted a dinner at hers and invited along four single Parsi ladies to meet me. Which one do you want to marry , I remember she asked me. “None,” I said.  And lastly: law comes across as an aggressive profession, but you’re polite and calm.  You see, you dont have to be aggressive in England you have to be creative. You can play with the law but at the end of the day you can never play with the facts. As outrageous as this may seem, it is a complete misnomer that lawyers need to lie and act aggressively. Its quite an American notion, to think that the field of law must be aggressive. In London, if you go into a courtroom, everyone is courteous. You need intellect and clarity of thought, not shouting and screaming. Meanwhile, for a long time, the legal sector has had a set way of working that has delivered results and few firms have deviated far from traditional processes. Now the industry seems to have had a change of heart. By Shan Schutte

4 Jun 2021
We use cookies on our website to give you the most relevant experience by remembering your preferences and repeat visits. By clicking “Accept All”, you consent to the use of ALL the cookies. However, you may visit "Cookie Settings" to provide a controlled consent.
Cookie SettingsAccept All
Manage consent