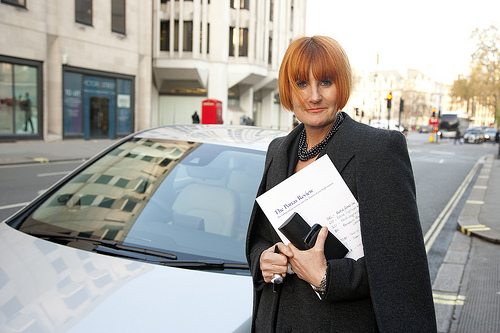 Mary Portas has been practically unavoidable in the media these past couple of weeks, which can only mean one thing: she has a new TV show to promote!

Actually, she has two. Portas kicked off the “charm” offensive by calling out none other than Sir Terry Leahy for “talking crap” in the Radio Times. Leahy had suggested that the disappearance of family butchers from the high streets is a sign of progress and “the best way of ensuring that the better organisations come through”.  Now, Leahy’s fundamentally wrong to suggest that the disappearance of local butchers is a good thing. Particularly in the FMCG sector, small independent retailers are crucial to provide not just choice, but specialist expertise too (and a more pleasant shopping experience). A visit to the local butchers entails more than the action of purchasing a leg of beef. It’s the social aspect, the expertise and the positive feeling that comes through engaging with the local community. Most of all, it is fun and fulfilling (and much less likely to contain traces of horse).  But it’s equally frustrating to see Portas placing herself as the supposed saviour of the high street. For such an “in the know” expert, I’d love to hear why Portas doesn’t place her own wares on the high street, as opposed to selling it through department stores. Surely with her unrivalled expertise, it would be a runaway success? But let’s be honest, while Leahy may be looking at a hefty bill for the ill-fated Fresh and Easy venture, considering he turned Tesco into the UK’s biggest retailer, and that he’s the one with the knighthood, I think I’d trust him over Portas on retail execution. What is abundantly clear to me is that Portas is already preparing her exit strategy from this doomed initiative (an over 65’s employment agency is already lined up for her new show). A second FOI request has revealed the extent to which the Portas Pilots have fallen off the government’s agenda, and sadly the British high street continues to struggle on. According to one recent survey, the retail chains shut an average of 20 shops a day last year alone. Initiatives are needed that truly bring life back to dead commercial business districts, so here’s an idea: why not get brands to sponsor the high street? It’s about time corporations demonstrated a bit of social responsibility and gave back to the communities from which they profit so ostensibly. Take Unilever’s vast portfolio of brands: Marmite, Walls, Lynx, Pot Noodle, Dove to name a few. Why couldn’t they take over empty retail units utilising these brands, and then also offer space to small business and students, in order to showcase and sell their products and talents?  The high street is so much more than the point of purchase and it’s so incredibly vital not just to our economy, but our society, too. What better way to engage a community by injecting some belief, inspiration and positive energy to our failing economy? Daniel Todaro is MD of field marketing agency Gekko. Image source