New global research from webonboarding, reveals that businesses are failing to onboard new employees effectively, resulting in costly implications. Nearly half of the 4,000 office workers surveyed across the UK, USA, Australia and New Zealand, admitted to having a serious problem during the onboarding process, highlighting the crisis hitting businesses, HR and recruiting teams and prompting the need for a drastic change.

Getting the basics right

42 per cent of respondents reported not having the basic equipment such as a computer or laptop ready for them on their first day, followed by 37 per cent who didn’t receive full training. With businesses investing so much money into the process it was surprising to learn that once they had recruited the ideal candidate they were failing to support and prepare adequately.

The research shows that there is a prominent “onboarding gap” – the grey area between recruitment and when a chosen candidate starts a new role – somehow businesses have been mismanaging this on all levels across the globe. Engagement is critical and even more so within the first month of employment. With 79 per cent agreeing they would have settled into a new role a lot quicker had there been a better process and 15 per cent admitted they had turned down a job due to issues, it’s not really something businesses of any size can afford to get wrong.

Adam Reynolds, CEO of webonboarding, commented on the findings:

“The fundamental themes relative to businesses globally throughout the research were a lack of preparation, support and engagement. These are basic yet crucial steps needed to build the foundation of a positive working environment, a negative first impression will ultimately leave the new starter feeling like they have joined an unprofessional organisation.

“The aim with these results is to make businesses sit up and listen, presenting the hard facts of what could be going on in their organisation. It’s important to remember we wouldn’t treat our customers like this so why would we treat new staff with such disregard? These are issues that have previously been brushed under the carpet and now could be having a huge impact on company finances. With nearly two thirds of respondents admitting their current organisation needed to improve their onboarding process, it’s about time we look at how.”

Webonboarding is a cloud-based solution that saves businesses time and money by streamlining the onboarding process as well as providing an engaging experience for the new employee before they have even started.

With ready to use templates, reporting of all “onboardee” stages, digital signing and the visibility of delegated tasks and check lists, it has revolutionised the way organisations onboard new starters.

To learn more about webonboarding or explore more of the global onboarding findings here. 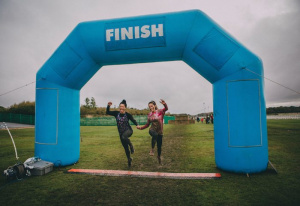