In an appearance at SXSW, a US-based music festival of sorts that also touches on business and culture, the subject of artificial intelligence came up and got tongues wagging.

The conversation was started by outspoken American investor and businessman Mark Cuban, a man who has never been backwards about coming forwards and has openly said: ‘I’m bigoted in a lot of different ways.”

It’s of no surprise at all that technology will create the first trillionaire. After all, three of the world’s five richest people have their roots in it as the founders of Microsoft, Amazon and Facebook.

However, as one of the newest entrants to the technology space, artificial intelligence is still largely unproven in many arenas and is more likely to have the global population worried about their future role in the world than excited about its possibilities.

Technology now allows businesses to do less with more. In fact, figures derived from company filings show the true scale of revenues derived by the world’s biggest tech companies compared to the size of workforces employed.

Artificial intelligence, which has the ability to make these numbers even bigger, is intellect displayed by machines – allowing computers to complete a wide variety of tasks without having been told how to by a human.

Cuban’s comment – “I am telling you, the world’s first trillionaires are going to come from somebody who masters AI and all its derivatives and applies it in ways we never thought of” – implies that there is no way of knowing how artificial intelligence will be leveraged in its most effective way.

From a current forecast of $1.25bn for 2017, revenues from the artificial intelligence market worldwide are expected to hit $37bn by 2025 – according to Statista. That’s a compound annual growth rate of 46 per cent – for an entire industry, not just one company!

Part of the success of artificial intelligence will be its ability to first replace the vast majority of non-skilled workers out there, and then begin chipping away at jobs we’d never have thought possibly replaceable only five years ago. Accountancy firm PwC believes around 40 per cent of jobs in the US will be gone by 2030, and 30 per cent in the UK.

This dystopian view of a world not too far away will make employees weak at the knees and employers salivating. People, for all of their social virtues, are by far and away the most expensive “overhead” a business incurs. The ability for businesses large and small to automate a variety of tasks will lead to significant savings.

However, interestingly enough, professional services firm Accenture claimed to have automated 17,000 jobs without making a single lay off. It did this by “reselling and repositioning” them – but it’s probably pretty fair to say that not much recruitment or new job creation was done during that period.

Those new jobs will be found in roles such as robot monitoring, data scientists, automation specialists and content curators.

While one of the scariest topics of conversation out there (just think back to 2004 Will Smith film I, Robot) artificial intelligence also represents one of the most significant changes most of us will see in our lifetime.

The very fact that no single company or entrepreneur has yet created an application that truly brings artificial intelligence to life probably gives some validity to Cuban’s comments of it creating a first trillionaire.

If the 2000s was the decade of of the world wide web, and the 2010s were when that technology was put in our pockets, maybe the ten years before 2030 will be when we hand over the application of these developments to an artificial source. 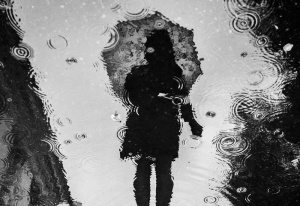 The difference between tax avoidance and tax evasion