Scotland’s digital sector is expanding at a staggering rate, and is forecast to grow more than twice as fast as its overall economy by 2024. Since 2010, the number of technology businesses has increased by 53 per cent, made up of innovative startups, including the likes of SkyScanner and Nucleus Financial, as well as global tech giants such as Amazon and Toshiba Medical Systems.

This significant growth is putting demand on the country’s digital resources. Understanding the investment needed to support the forecast growth, the Scottish government has set itself the goal of achieving superfast broadband for every business and household in Scotland by 2021.

It is an important pledge as 95 per cent of the sector is made up of micro businesses. While larger enterprises can typically afford dedicated fibre broadband services, more than a fifth of small and medium-sized businesses in Scotland didn’t have access to superfast broadband in 2017.

Is it far enough?

While universal superfast coverage is an important improvement, the digital strategy outlined in the Scottish government’s Budget does not go far enough to deliver the connectivity that modern businesses need – and that will help Scotland attract and retain digital businesses to its major cities.

The ways in which organisations consume digital services and the demands these new solutions put on connectivity have changed over the past five years. The rise of the cloud, for example, has put pressure on broadband upload speeds. With many superfast services unable to deliver appropriate upload speeds, it is unsurprising a report from cloud security vendor Zscaler found 64 per cent of users suffered network issues while using Office 365.

Nearly half of respondents also reported being unable to access critical business material after deploying the platform. And that’s before we get started on the more innovative emerging technologies many companies are investing in newer solutions like Google Fibre.

In collaboration with MLL Telecoms and Stirling Council, CityFibre is delivering 20km of new fibre infrastructure to offer the majority of the city’s 3,000 businesses affordable access to gigabit-speed broadband services. Also available in Edinburgh and Glasgow, and with an extended network in Aberdeen announced at the end of last year, expanding the existing network to over 100km, Scotland’s digital clusters are benefitting from the capital investment from the firm and city councils.

Landlords likewise have an important role to play in bringing this full fibre connectivity to local workplaces. Caledonian Exchange in Edinburgh is a clear example of a property that has been refurbished with technology and connectivity front of mind to deliver the best services to its tenants, for which it was awarded a Wired Certified Silver.

Without direction and drive from central government, city councils and landlords must provide high quality digital infrastructure at both a city-wide level and to individual properties. Not only will this be essential in enabling existing businesses to take advantage of digital solutions for improved productivity and revenue growth, but will help establish Scottish cities as leading digital hubs.

With connectivity increasingly important for businesses choosing new office space, there is considerable potential for investments in full fibre infrastructure to deliver improved growth. As an illustration, one-third of tech professionals surveyed in Manchester would be more attracted to a city with greater connectivity.

With such potential for growth at stake, Scottish leaders cannot settle for second best when it comes to their digital infrastructure. Full fibre connectivity is the benchmark for the future business, essential to not only deliver against today’s technological requirements, but also their rapid evolution.

City council leaders and landlords alike must take responsibility for the future of Scotland’s digital sector and lay the foundations that will enable its substantial potential growth. 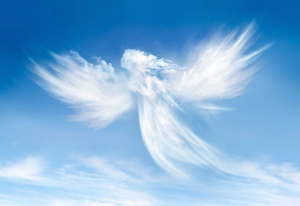