Nice words, wish they were mine. But they belong to Carl Schramm, the eloquent head of the Kauffman Foundation. Schramm is a fitting ambassador for enterprise, and entrepreneurs have a thinking champion in him.

Schramm’s point is that we have to let go. That attempts to plan economies always fail and that innovation is the key to thriving in environments where disruption and constant change are the only certainties upon which you can rely.

Yet a deep-rooted discomfort with innovation means that fortunes are wasted by corporations and governments alike in futile attempts to prop up the failing status quo and to bring order to chaos.

His is a Darwinian universe, where the all-important act of creation is by those who go for it and use their survival skills to start up their own businesses.

For Schramm, the start up is the “big bang” moment from which all things become possible. Here, entrepreneurs are the ultimate creatures of innovative evolution and corporations its dinosaurs.

Innovation is the process of improving things by doing things differently, and it involves change, lots of it. It suits organisations where the balance between risk and reward is visibly altered by changing and, in this regard, small really is beautiful. This is why entrepreneurs get it and big companies want it.

It has emerged as the must-have buzzword, especially for large businesses who are attracted to the positive language and possibilities of appearing entrepreneurial. It is the new message accessory for any global CEO; from the conference circuit, to the boardroom, innovation is in fashion.

But how deep does this commitment to change really run? Speaking at the London Business School Global Leadership Summit, I was struck by how many big business leaders used the concept of innovation as a sort of ideas emulsion to paint over the cracks of the failings of the global economy and their own corporations.

In this analysis, innovation has always been a part of their business. You could be forgiven for emerging from the Summit under the misapprehension that there had been no global economic meltdown, no catastrophic failure of economic or business performance. Life is good, certainty is restored.

The psyche of many corporations is far more timid, and in their hearts many are terrified by change and exhausted by the inherent risks involved. The trouble is that the old maxim of “when in doubt do nothing” no longer really holds true, so plan B is to at least sound innovative and committed to change even if you really aren’t.

At the Summit, the head of 3M, George Buckley, asked a good question: What do organisations fear most, disruption or destruction? His answer was disruption, and that does not bode well.

The evidence shows that company destruction remains a massive risk both for organisations and people alike.

In turn, disruption is often the most powerful antidote for the avoidance of failure. Yet, even though we know it, not enough of us do anything about it because it involves changing what we are comfortable with.

One definition of insanity is to do the same thing over and over again and hope for a different outcome. Certainly, on the current evidence, insanity has its place in business and reinforcing failure to avoid change remains a worryingly reassuring option for too many business leaders.

But of course, even if you don’t like change you cannot be seen to believe that, especially in this climate. This is where a powerful concept like innovation comes in.

But the big company ideal of innovation is a very different one to that which any entrepreneur would recognise. It seems to be the preserve of the R&D team, a flaccid process to affect product design rather than to drive company transformation.

The real home for innovation is at the top, in the hunt for market opportunities, and this is why entrepreneurs get it.

An innovator would have driven a photography business like Kodak to dominate digital in the last decade; or taken Brother from typewriters to PCs in the 1990s; or Amtrak from trains to air travel in the 1960s. 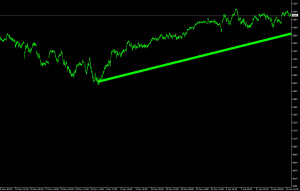