Across the UK, only three other clubs outside of Premier League football are fully accredited by the Living Wage Foundation, those being Luton Town, Derby County and Heart of Midlothian. Under the pledge, each are committed to paying £9.40 in London and £8.25 outside of the capital.

Everton FC, which is located in Liverpool, has announced that becoming a Living Wage employer will see it increase the salaries of 700 contractors by as much as £2,000 a year. Furthermore, some 250 casual and/or match day staff are in line for a pay rise.

As reported by Real Business back in December 2014, Chelsea became the first Premier League football team to commit to paying the Living Wage, with the club’s chairman, Bruce Buck, saying: “We believe the move to the Living Wage underlines our commitment to ensuring that all our employees receive a fair rate of pay for their hard work and dedication. Quite simply it is the right thing to do.”

Denise Barrett-Baxendale, deputy chief executive and director at the Everton, described the move as a “natural step”. She also echoed Buck by adding: “Supporting the accredited Living Wage is quite simply the right thing to do; it improves our employees’ quality of life but also benefits our business and society as a whole.

“Becoming accredited is only one element of our ‘People Plan’ which has also seen us review our grading structure and we are working towards launching a new rewards and recognition programme as well as introducing greater flexibility to our employee benefits scheme.”

Figures released by The Guardian’s annual survey of Premier League football team’s financial situation found Everton had the eighth highest turnover – at £126m. The club, of which Farad Moshiri holds a 49.9 per cent stake, posted a profit before tax of £4m for the year to date 31 May 2015, following a profit of £28m in 2014.

The campaign for a Living Wage was first launched in 2001 by members of London Citizens, with 2005 seeing the establishment of the London Wage Unit by the Greater London Authority to calculate the London Living Wage. The Living Wage Foundation’s online resources indicate 2,875 employers are currently signed up, with some of the biggest being Aviva, KPMG, Nationwide and Nestle.

Research published earlier in October by Middlesex University London and the University of Liverpool found a “clear business case” for the Living Wage – saying it reduced employee disputes, upped productivity and staff motivation and improved reputation advantage over competitors.

Giving her comments on the impact the Living Wage could have on Premier League football team Everton, the foundation’s director, Katherine Chapman, said: “By putting more pounds in the pockets of their staff, Everton are signing up to a win-win scenario that rewards a hard days’ work with a fair day’s pay. I congratulate Everton and hope other clubs will take their lead and follow suit.” 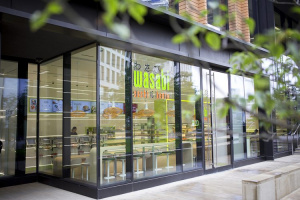 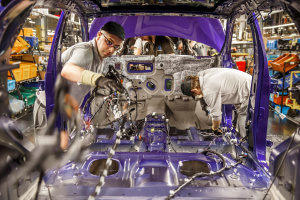