New statistics from the department for business also reveal that the number of apprenticeship starts by under-25s has fallen by 11,324 under this Government.

Liam Byrne, Labour’s shadow minister for universities, science and skills, said that it is almost three times more difficult to win a Rolls Royce apprenticeship than a place at Oxford and two and a half times more likely that an applicant will get into Cambridge than onto BAE’s apprenticeship scheme.

Those taking an apprenticeship need more opportunities to take their studies up to degree-level, he said.

Labour would devolve responsibility for skills, give employers more control of the training in their sectors and task local authorities and LEPs with the role of drawing up strategies for adult skills in their area, Byrne said.

But Matthew Hancock, the minister for skills and enterprise, said there’s never been a better time to do an apprenticeship.

He said: “There is no better engine of social mobility and success than a place in education or training, and apprenticeships are increasingly becoming the norm for young people, with the number of school leavers taking apprenticeships up by 15 per cent in just one year. 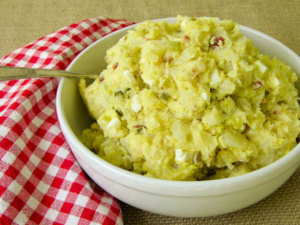 Potato salad-loving Kickstarter user gets more than he bargained for