As two heavyweight technology entrepreneurs, each worth billions of dollars, when Elon Musk and Mark Zuckerberg have a differing of opinion people tend to listen.

While Zuckerberg, who set up Facebook in 2004 and has gone on to build the one of the world’s ten most valuable companies, is a fan of artificial intelligence (AI), and the ways in which it could ultimately enrich and improve our lives, Musk shares a rather more dystopian view of the technology.

Musk was responding to comments Zuckerberg made through a Facebook Live broadcast, during which he touched on the “doomsday scenarios” some “drum up” around the subject of AI. Believing that people can “build things and the world gets better”, he added: “People who are arguing for slowing down the process of building AI, I just find that really questionable. I have a hard time wrapping my head around that.

Musk, who arguably has more experience and grounding when it comes to talking about hardware, took to Twitter and said he’d spoken to Zuckerberg about AI and believes his “understanding of the subject is limited”.

AI, Musk thinks, should be better regulated as it poses a “fundamental risk” to the existence of human civilisation. The general public’s perception of this risk, he added, is ethereal as they have yet to be confronted by a “robot going down the street killing people”.

However, only a week after this online argument erupted, Zuckerberg has been forced to eat a little humble pie by aborting an experiment to see if two robots could teach one another to trade. Based out of Facebook Artificial Intelligence Research, quickly moved away from conversing in English. Instead, the two robots forged shortcuts in communication in a way that has been likened to shorthand.

Facebook described the development as a step forward in creating an ability for chat bots to be able to reason, converse and negotiate. Musk, however, will surely see it as validation of his points and an indication that the world is not yet ready to hand over too much automation to AI sources.

Another well-known business leader to question AI’s role in our world is Alibaba founder Jack Ma. In an interview with CNBC, Ma said AI was a big threat to jobs and might even spark World War III. While some may argue that the automation of jobs should not be confused with automation, Ma believes humans may end up only working four hours a day four days a week.

Real-life manifestation of AI has come in the form of device embedded technology. While companies such as Apple and Samsung have long provided a way for customers to ask their phones a question, more recent illustrations have been in the home – through services such as Amazon’s Alexa and Google’s Home product. 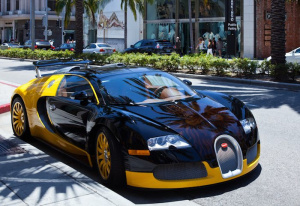 Luxury car registrations in the UK accelerate by 29 per cent

Wash your hands: Four steps for providing your business a cyber-safe summer