A new survey from Kensington Mortgages, entitled Self-Employed SentiMeter, found that 63% of self-employed respondents believe that the UK leaving the EU will have no direct impact on their business.

In comparison, only a fifth see the departure in negative terms.

Almost half of those workers surveyed, particularly in the West Midlands, said they were confident of taking on more work in 2018, with only 13% feeling unconfident.

They also felt they would be more profitable this year – 42% said they were confident of making more money than in 2017, with 29% feeling unconfident.

The self-employed put a lot of faith in their financial planning to weather any Brexit storm.

More than four in ten said they would be able to sustain themselves for six months or more if they took on no new business. A quarter even stated that they would last for a period of nine months or longer.

This compares to the average UK salaried employee who would last only 32 days on their current lifestyle if their income stopped. Perhaps this means the self-employed handle their finances better.

However, one key area where the self-employed did think Brexit would have an impact was when it came to applying for a mortgage. The survey found that 35% of workers – many of who work from home – believed Brexit would make securing a loan harder.

“Self-employed workers are, without a doubt, the backbone of the UK economy, so we should all take reassurance from their optimistic outlook and ability to build up their savings to cope with life’s unexpected events,” said Craig McKinlay, sales and marketing director at Kensington Mortgages.

“This is undoubtedly good news but self-employed workers often have unique concerns and needs, which can make it difficult for them to secure the right financial solution.”

Working for someone on a self employed basis ? 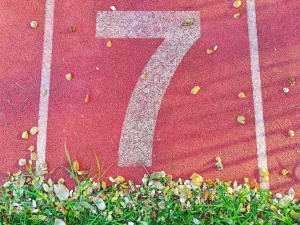