I can understand why companies such as Uber and Deliveroo became easy targets following the Matthew Taylor report. So too, for the chair of the Work and Pensions Committee, Labour’s Frank Field, who describes it as “the mass exploitation of the ordinary, hard-working people in the gig economy”.

I can understand their attacks on zero-hour contracts, which I flatly refused to use in business. Putting temporary contracts, an arrangement that often suits the needs of both parties perfectly, in the same category is just one minor example of how little understanding there is of the situation.

Approximately 5 million people are self-employed. About 1.6 of those are thought to work within the gig economy. We have been led to believe they were targeting huge companies abusing the system and Uber have now bowed to the pressure and agreed sick pay and holiday rights for its gig workers.

But we have also seen the knock-on effects on SMEs in the Pimlico Plumbers court case and appeal. A contractor won employment rights and Pimlico subsequently lost its appeal this week. This has been rolled out way outside the gig economy.

The government has already made changes to the IR35 off payroll working rules for work done for the public sector. It now proposes to roll this out to the private sector. The onus will be on the employing company to prove that the person being used is self-employed. Companies will have to provide them with a statement of rights of employment from their first day working.

There are plans for punitive fines and naming and shaming breaches of supply chains. The unions want to take it further and give self-employed contractors basic employment rights, statutory sick pay – and the right to claim unfair dismissal.

The CBI’s Neil Carberry said businesses would be concerned about “proposals that close off flexibility for firms to grow and create jobs when the issues that have been raised can be addressed by more effective enforcement action and more targeted changes to the law.”

However, this more recent confirmation of plans to extend these off-payroll working rules to the private sector are described by the Association of Independent Professions and the Self Employed as a “fatal blow” to Britain’s flexible economy. Its CEO, Chris Bryce, reports that large numbers of contractors are already walking away from crucial public sector projects such as the NHS and Transport for London.

He criticises the government for not having published the external research of the impacts of this prior to this consultation, saying it is based on erroneous assumptions. The full tax implications will not be known until after people have filed their tax returns in January 2019. He points out that with HMRC struggling to define IR35, it is setting a literally impossible task for businesses. The IPSE confirmed it will do everything it can to fight the latest proposals.

I have to wonder why it is that prime minister Theresa May and her cronies have come so far from their predecessors on support and understanding of both SMEs and the self-employed. Far from being a nation of shop-keepers or privileged to have the small businesses which would help see Britain through the recession, as described by previous incumbents, the current occupants of No.10 instead seem to be more inclined to the view the self-employed aa nothing but a group of tax dodgers.

Perhaps this comes from banker Philip May, sipping his vintage port at No 10 with his big City chums.

The majority of Brits turn to self-employment as a lifestyle choice and happily accept the disadvantages in return for that. They pay the price of unreliable income and erratic hours in return for freedom. The freelancer’s dream is to be outside the system; not tax dodging, but being in control of their own lives and responsible for themselves.

Some find salvation within it, turn to it out of necessity, for example in the case of many over 50s. The growth of SilvEntrepreneurs has been both phenomenal and commendable.

The self-employed of this country make their own way, without financial help from the government, and have always been something Britain can be proud of. They have been the spawning ground of many a great business, creating millions of revenue in tax for the treasury and creating numerous jobs. They relieve the government of the burden of many who would be otherwise out of work.

In the future, we will need this sector even more. A staggering 10 million British jobs are expected to go in the next 15 years according to a report from PricewaterhouseCoopers, predominately due to automation. No one knows what the future will hold, but the only hope for those growing numbers of unemployed is to create new small businesses and find ways of supporting self-employment.

Instead, the self-employed find themselves burdened by requests for further information and special paperwork from public sector employers. Many are scared that regular work of 1-2 days a week for a particular client may fall away under these new threats to their clients. They feel the stain of an uncertain future. The government rhetoric on the subject appears both dismissive and derisory.

Chris Bryce of the IPSE says that “for a supposedly pro-business government to even consider extending the ill-judged inhibiting IR35 changes before their full impact can be analysed is a move that would be devastating for the UK’s flexible workforce and, by extension, the wider economy”.

I absolutely agree. Targeting the self-employed rather than supporting them is an act of total madness. 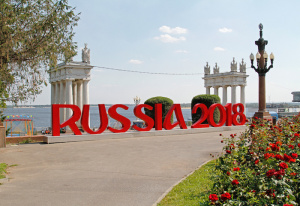 What does the 2018 World Cup teach us about business resilience?