Don’t let the slowdown in China – or Donald Trump’s new position – prevent you from selling a business. KBS Corporate found that we’re quickly approaching a time that meets perfect conditions for M&A.

The falling pound isn’t the end of the world, the company hailed. In fact, there’s a silver lining to be found. This comes in the form of PwC research suggesting the currency’s decline would prompt a boost in net exports. But one of the greatest indicators of 2017 being a great year for selling a business is the International Monetary Fund’s increased prediction of global growth – now at 3.4 per cent, up from 3.1 per cent in 2016.

On the M&A side of things, KBS found right after the Brexit result that 94 per cent of private equity and venture capital companies were confident about the future of the market. It was also revealed that 97 per cent would continue to deploy funds at the same rate going into 2017.

Of this, KBS director Simon Daniels said: “A profitable business is an attractive acquisition no matter the circumstances. And acquisitions of ‘UK centric’ firms, with operations unaffected by the EU, will continue at the current pace. British exporting companies are also becoming more attractive following the drop in value of the pound against other major currencies. The effect of this is cheaper UK imports for foreign businesses and consumers, which has accelerated demand.

“Following the initial shock of the referendum result, activity levels within the financial services sectors are recovering, with an uptick in inbound investor appetite and continued interest in the UK buoyed by solid growth prospects.”

These are perfect conditions for selling a business as far as KBS is concerned, which explained a variety of reasons why 2017 would be the best time to make a move.

Anybody thinking of selling a business will have a larger pool of potential suitors to negotiate with, the company claimed. With more competition, you’re more likely to get the price you’re looking for.

“Now is the most tax-efficient time in recent history for selling a business,” Daniels claimed. “Entrepreneurs’ tax relief, which grants business owners a preferential capital gains tax rate of just ten per cent on business gains of up to £10m, has been extended to include long-term investors. Capital gains tax has been slashed by eight per cent for all business owners.

“Also, individuals previously would have also been required to be employed within the firm and hold a stake of five per cent or greater in order to claim a £10m lifetime allowance at the reduced rate. However, under the new changes which are being referred to as ‘Investors’ Relief’, the provision has been extended to all long-term investors with shares in privately-owned companies. This could potentially pave the way for a new type of mainstream investment, with investors now provided with a greater incentive to invest in SMEs and subsequently benefit from the rewards of a reduced tax liability.”

Furthermore, Daniels brought to light the fact that an increasing reliance on technology has given consumers wider access to financial services. And the influence tech has played in the UK financial services market has had a positive effect on M&A .

Get your small business growing this festive season 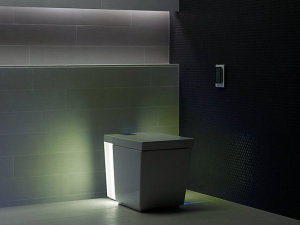