The payments industry has been evolving rapidly over the past few years and it can be difficult for a small business to keep up. Here, we examine how you can ensure your business doesn’t get left in the dust.

The last few years have seen dramatic change in the payments industry, and in fact 2015 was the first time cash was used for less than half of payments made by consumers. Cash may still be the most popular single payment method, but there’s no denying the cashless trend, and by 2025 it is predicted that cash will only be used for around 27 per cent of transactions.

With this shift in consumer behaviour, smaller businesses are now more likely to take card payments – as technology becomes available tailored to requirements. For example, My Business Hub from Worldpay was designed specifically with smaller retailers in mind.

“Historically, the cost of taking card was often perceived as perhaps prohibitive by those smaller retailers. Owning the equipment and the associated transaction costs, usually had a fixed minimum amount, that would discourage certain people,” explained James Frost, chief marketing and commercial officer, Worldpay.

“Nowadays there is no minimum charge for taking a card payment, it’s all done on percentages, so even small transactions can be made by card. With My Business Hub, we’re bringing the cost of doing this to an affordable level, for example £50 per month, for most small business owners.”

Contactless technology has created additional ways for people to make a transaction – whether it’s via a phone, smart watch or card. Contactless cards are particularly useful for smaller transactions that might previously have been made in cash.

“It’s an interesting phenomenon, because I think it’s now reached the point where you almost couldn’t do without contactless,” said Frost.

“It’s been around for about nine years, and probably for the first six of those it wasn’t very big. It’s only in the last three years that it’s really taken off. I think some of that’s been driven by the way it’s used for public transport, especially in London. But now if you walk in to a retailer and they don’t have it, it becomes an irritation.”

By the end of 2015, 56 per cent of debit cards and 38 per cent of credit cards where contactless was enabled, had transactions more than triple compared to 2014.

Contactless payments simply offer a more convenient alternative to cash for many consumers – but it’s practical for retailers too. With automatic processes in place, time saved on handling cash can be spent talking to customers and advising with purchases.

Operated with a detachable Android tablet, My Business Hub gives users the freedom to take payments anywhere on the floor. This flexibility helps enhance the overall in-store experience, while also reducing queues at busy times.
What does the cashless consumer look like?

Younger people are also more likely to hold and use debit cards – which is perhaps unsurprising as they are generally more likely to be the early adopters of new technologies.

Population growth is likely to drive this trend towards cards further; young adults opening bank accounts will expect cards to be issued as standard and will have grown up with card use being common practice.

Welcoming younger customers into her business is something Claire Husband from Stella’s Loft has recently experienced. When a housing development was built nearby, the business owner from Whitburn near Sunderland found that regular older customers used to paying in cash were being joined by a younger generation more inclined to paying by card.

“I often find that when customers come through the door and realise they want to spend some money, one of their first questions is ‘can I make a card payment?’,” she explained.

“If can say no problem, then they are happy to keep on browsing and make a transaction. They also often end up spending a little more money than they thought they might.

“I tend to find that if there is purchase being made for around the £20-£25 mark it becomes a card payment – rather than a cash one. Lots of customers rarely carry cash round these days, so it is important to provide a facility for those that want to make a card payment.”

For some, card payments are such common practice that they won’t even carry cash in their wallets. Offering these payment options is an important way for small businesses to avoid missing out on a sale.

“Companies these days need to make sure everything is being done to capture that sale. If it is missing a payment option that’s really important to somebody, every now and again it is going to get people that walk out rather than buying the goods in store,” said Frost.

“I think that’s hugely important, especially for the younger generation who are probably more extreme in their behaviour. You’re really going to miss out on some of that audience if you don’t keep up with the times.”

There is a wide range of services out there to handle card payments, some designed with the small retailer in mind. If you’re offering a cash-only service to an increasingly cashless society, it is worth exploring your options – sooner rather than later.

Check out how My Business Hub works by clicking play on the video above and for more information visit our website http://www.worldpay.com/uk

When purchasing My Business Hub, you will receive all the support you need when it comes to installing, getting set up for taking payments, and becoming PCI DSS compliant. 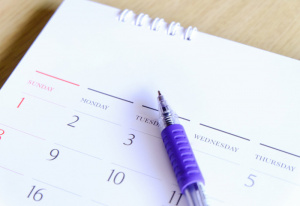 Business ambition from the bottom up