We start our September 2016 economic statistics by looking at something CBI president Paul Drechsler said at the end of 2015. He emphasised that productivity is the “magic ingredient” for boosting living standards and economic growth. It was his belief, echoed by the government’s “Productivity Plan“, that matching US levels of productivity would give us a GDP boost equivalent to £21,000 per year for every household in the UK.

Yet if anything, alongside the uncertainty fuelled by the referendum vote, September delivered a few statistics we were less than keen to receive. That ever-present productivity puzzle? It’s still there, and economists have now spun numerous theories spanning slowing rates of innovation and self-inflicted burnout. None, however, have been able to pinpoint exactly why output per hour worked in the UK is 18 percentage points below the average of other G7 countries.

Research has over the past year also suggested we face a new problem to the economy: the dreaded talent mismatch. PwC and LinkedIn discovered our penchant for poor talent adaptability – the inability for people to retrain for new skills or switch industries – and it is costing the UK millions of pounds in lost productivity and has reportedly led to firms wasting huge sums on avoidable recruitment costs. In fact, for the 11 markets analysed, the total of wasted money came to £96bn. But Hays’ “Global Skills Index 2016” suggested change was on the horizon, with the rise in robotics and automation freeing up humans to do other work. The growth in robot use over the next five years will essentially result in the creation of 1m high quality jobs around the world.

Skipping the spiel about our lack of skills though in this September 2016 economic statistics, the latest UK jobs numbers show employment is up by 174,000 jobs, with unemployment falling to 1.63m. This was according to FSB research, which claimed small firms have been resilient, “managing to absorb the initial costs of the new National Minimum Wage (NLW) without cutting employment or passing on the costs to the consumer”. Some 59 per cent of small businesses had done so by lowering profits and making other efficiencies.

Just like many have suggested firms should treat NMW as an opportunity, so too must bosses view intellectual property (IP) – namely Patent Box relief. “Only 4.6 per cent of all relief was claimed by SMEs according to HMRC’s most recent statistics on the Patent Box,” Kari Campbell, patent box expert and business tax partner at Smith & Williamson, has said. “There were only 700 claims made in 2013-14 [the first year that statistics are available] and, when you compare it to the 10,000+ claims made for research and development tax relief in the same period.”

One only need look at the case of SME Trunki’s design being stolen by Kidee Case to see how easy it is to loose such assets. Similarly, firms should take into account the UK’s enviable place in the world in regards to its creative and brand manufacturing industries – and the support being provided for such companies. It’s not for nothing that we’ve set the target of positioning Britain as a world-leader by 2020. It comes hand in hand with the rise of Britain’s digital economy. A Tech Nation report claimed the digital economy grew 32 per cent faster than the rest of the economy between 2011 and 2014. It even led to the arrival of the TrustSeal, defined by the SEUK as “the world’s first kitemark for the sharing economy”.

Continue our September 2016 economic statistics roundup for more on Brexit’s impact on the economy and R&D tax relief, as well as revised figures for GDP growth. 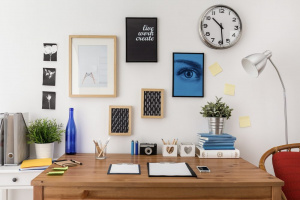 Seven ways to keep organised while running a business