It was to the extent where Jon Cunliffe, chief investment officer of Charles Stanley, told The Guardian: “The deterioration of the UK’s account position – the deficit having widened to £23bn – is disappointing. It underlines that the sharp devaluation in Sterling has not fed through into a better trade position with the rest of the world.”

The pound has been blamed for much, with many believing it led to a spike in consumer prices. Increased inflation in August, the Office for National Statistics suggested, also played a part in hiking import costs.

Joining Cunliffe in making his opinions heard to The Guardian, Ben Brettell, senior economist at Hargreaves Lansdown, exclaimed that “when inflation ticked up again in August, it led to increased petrol and diesel prices, contributing to a year-on-year figure of 2.9 per cent, up from 2.6 per cent in July and matching May’s four-year high.

“This will inevitably raise questions around UK wages, which are still shrinking in real terms. Yet it looks likely that inflation will fall back in the coming months, as the effect of Brexit-induced Sterling weakness falls out of the year-on-year calculation.”

The jump in petrol prices was further explained by Edward Hardy, economist at WorldFirst, who stated that “two months of stagnant energy costs, weather disruption in the Gulf of Mexico twinned with geopolitical tensions on the Korean peninsula have lit a fire under commodity prices.”

The recovery of the eurozone is also a crucial element, he stressed. “The euro hit an eight-year high against the pound in August, which has made imports from Europe more expensive. Britain’s inflation rate has been driven up by the slump in the pound in the summer of 2016, after the Brexit vote.”

Such factors, according to the September 2017 economic statistics roundup, have contributed to the squeeze on living standards – with may hoping an end to the seven-year long public sector pay cap will be confirmed in chancellor Philip Hammond’s Budget speech 22 November.

In light of this, interest rates could rise next month, though the Bank of England has yet to fully confirm it – the BBC reported its next opportunity do so won’t be until the beginning of November. Its governor, Mark Carney, made clear however that when and if it happens it will “be to a limited extent and gradual – we’re talking about just easing the foot off the accelerator to keep with the speed limit of the economy.”

The BBC also made note that the UK economy was growing at a slower pace than was previously estimated, citing Chris Williamson, chief business economist at IHS Markit, as saying the BOE’s move would be “unprecedented given such anaemic growth”

Indeed, Britain’s slow growth is another issue unveiled within the September 2017 economic statistics.

The Organisation for Economic Cooperation and Development explained that the nation’s GDP would drop from 1.6 per cent this year to one per cent.

It said: “In the UK, GDP growth has continued to slow with an easing of consumption and investment growth. A further slowing is expected in 2018, while uncertainty remains over the outcome of negotiations around Brexit.” 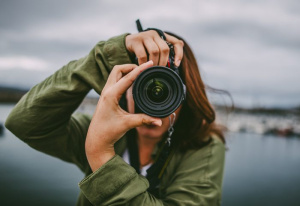 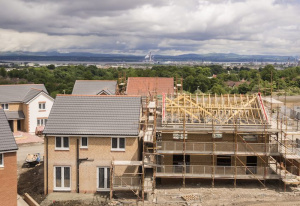