At the beginning of September, Kazu Takeda – a member of the family that founded pharmaceuticals giant Takeda – spoke out in opposition to its $62 billion takeover of Shire.

The company’s shareholders also fought to block the deal, suggesting it would have “disastrous” consequences for the business and risked distancing it from the corporate philosophy of “Takeda-is”. Essentially, profit comes from making people happy – and it neatly wraps up the lessons companies should take away from the September month. But why?

Both Takeda and the shareholders maintained that a deal would lead the company to get lost in the proverbial woods. Employees would lose sight of what the company stood for. Long term and short term goals would become unclear.

This reaction from staff – and its consequences – isn’t something UK companies are taking into account.

Most employees, Asana research found, didn’t think their companies gave values and purpose the same consideration Takeda did. What’s more, the UK’s lack of direction was seen to have a direct impact on motivation.

Some 51% of employees said they would be more productive if they knew how their work fitted into overall company objectives. This should be a cause for concern during a time when productivity levels in Britain are dipping.

“There is a clear disconnect between strategic goals and the jobs being executed on a day to day basis,” the research explained. “This problem is decreasing work output by employees who do not know their company mission.”

Increasing the happiness factor through transparency and communication

Happiness and meaning have all been found to boost productivity. And employees that find meaning in work are three times more likely to stay come what may.

If 1% more of the UK workforce were to be happy with the values and direction of their company, it could boost the economy by £24 billion a year. This is according to a report by Psychological Technologies, which noted that companies would gain £738 per employee through productivity gains and staff turnover reductions alone.

Of course, the onus on productivity is an important one for UK businesses. According to McKinsey, an improvement to business practices could see a £100 billion increase in UK economic growth. Yet, two-thirds of employees work for companies whose productivity is still below average.

“Clarity decreases when scaling the ‘traditional hierarchy’ of business,” he added. “Half of UK employees believe that their leadership team does not fully understand how work is completed in their organisation.

“Specifically, there is a major disconnect between management and employees completing the work. This has major implications for resourcing that undermine planning and put the long-term ability of an organisation to perform at risk.”

“We’re operating in something McKinsey calls the ‘Age of Urgency’, where businesses must move quickly to remain competitive. However, whilst moving at such a pace can initially fast-track growth, a lack of clarity ultimately undermines the ability of the business to execute.

“If businesses cannot bridge the gap between their overall objectives, and the execution of tasks by both teams and individuals, they will not survive.”

Failure to attribute: Why UK marketers are stuck in the dark ages 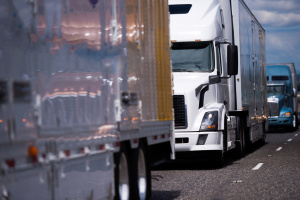