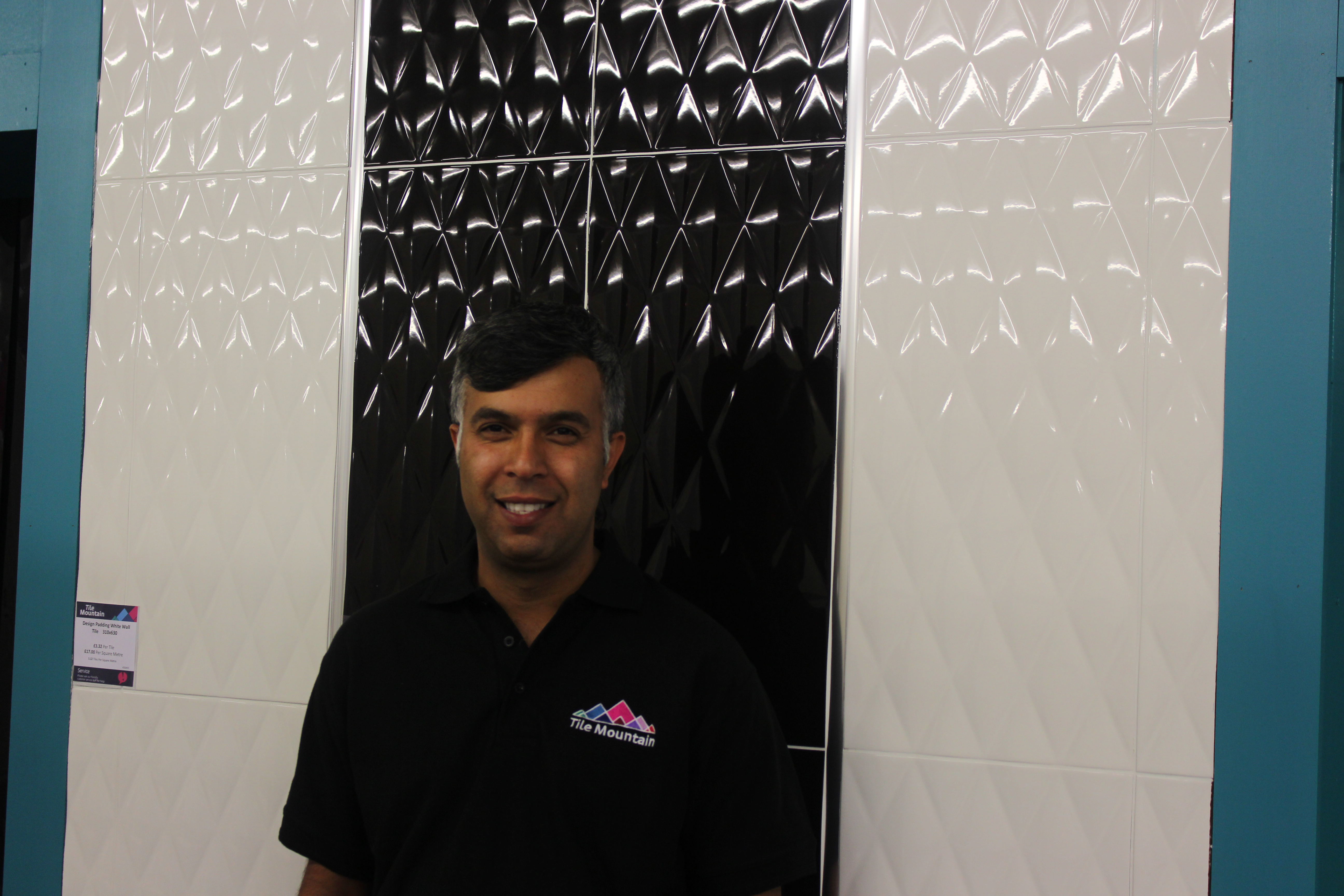 Mo Iqbal is one of just a small number of entrepreneurs successful enough to build up a business, in his case Tile Giant, and sell it to a larger competitor for a 7-figure sum.

But what really sets him apart is his decision to then found a new one, Tile Mountain, to compete in the same market against the business he sold. Raised in Stoke where his father worked in one of the potteries, Iqbal began his career in the tile industry at Topps Tiles, where he worked as a salesman before eventually rising to become head of the company’s property team. It was there that he developed a talent for launching new outlets, rolling out as many as 100 stores and launching a discount tile brand during his time at Topps.  After a difference of opinion with the Topps management team, Iqbal, then aged 30, took a sabbatical before deciding to strike out on his own. Some former Topps colleagues had started a small tile retailer, Tile Giant, and Iqbal saw an opportunity for growth. When he bought the company it had two stores but it soon began expanding at a rapid pace. ?When you’ve opened more than 100 shops it’s a piece of cake,? he says. Iqbal says that one of the key things when growing a business is to keep a handle on the cashflow. ?Try to do it within your own budget,? he says. ?What you don’t want to do is take on a lot of debt trying to do something, so use your cashflow wisely.? Iqbal suggests businesses sometimes forget that with any kind of expansion drive you’re also creating new overheads which need to be covered.  The other crucial factor was people power. Iqbal was fortunate to be able to bring some trusted staff along with him from Topps to help grow Tile Giant. ?People forget that they need the human resource, which sometimes just gets plugged in as you go along,? he adds. Success like Tile Giant’s doesn’t go unnoticed and Iqbal was soon attracting the attention of prospective private equity investors. Iqbal was disinterested in these offers but was then approached by building materials firm Travis Perkins. ?It was a huge decision to sell to Travis Perkins,? he says. ?At the time we sold it, it was making a million a year. I’d got it into great position.? He says his biggest worry about selling up was letting down those who had left Topps to join a less corporate environment. To resolve this, Iqbal only made the deal on some crucial conditions.