Speed wasn’t the word on everyone’s lips at the recent Mobile World Congress and FTTH Council Europe conferences though. I sensed a clear change in focus from speed to service innovation. It’s as if a collective purpose has taken hold that acknowledged the performance gains of recent times (and safely “banked” them), but resolved to do more with them.

I guess it was inevitable. There is a point that all “transportation” related technologies reach (and yes, broadband is all about transportation at the end of the day) where it occurs to providers and users that applications matter more than the quest for greater velocity. Who’d have bought a car that couldn’t travel as fast as a horse? And, by the same token, who’d buy one now that goes so fast that it requires a specialised road to drive it on?

Here’s a fascinating fact: the advanced supersonic rocket technology that blast astronauts into space is carefully modified to be slow enough to protect those on board. Faster speeds stopped being the critical aim decades ago (though work into ‘hypersonic’ rocket technology continues). Today it’s really all about reusable rocketry, exemplified by the designs of SpaceX and Blue Origin. With cars, don’t forget, we have the evolution of driverless technology.

So what’s going on in the world of broadband that means people are looking to stand on the shoulders of speed? Well you wouldn’t have to wander the halls of a tradeshow  to know that service innovation – the likes of software defined networking (SDN) and network functions virtualisation (NFV) – are generating huge momentum in our industry.

These technologies are important because they create a more open, programmable and scalable network than ever before. They are, in effect, the foundations for the network of tomorrow.

That’s because the dynamic demands of cloud-driven applications require greater network flexibility both to deliver new services and operate them efficiently. Service providers are searching for ways to transition from today’s rigid, hardware-centric architectures, to an open framework of cloud-based software applications, that facilitate significantly greater network utilisation and unparalleled service activation. Providers are facing a paradigm shift, where early attitudes towards service innovation will define the winners and losers in the not too distant future.

What’s really exciting about SDN and NFV is that these technologies – and the architectural principles behind them – have matured in the innovation hothouse of the data centre industry.

Every journey begins with a small step. Like an army marching, I can hear more of them tapping on the ground every single day.

Ronan Kelly is CTO EMEA and APAC at ADTRAN. 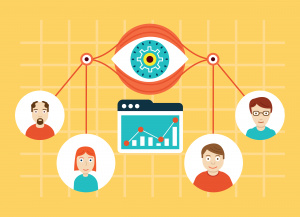