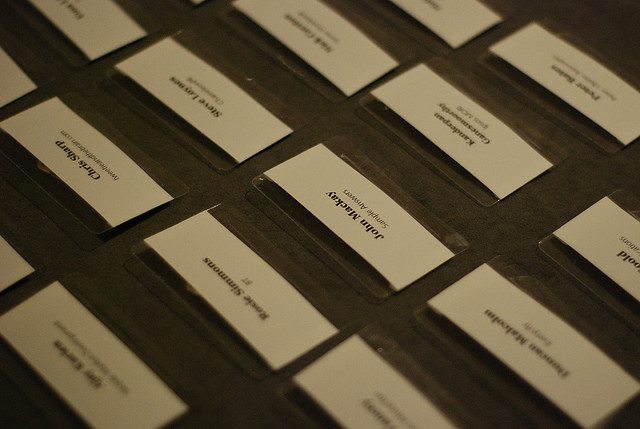 But a key part of my job is getting out into the world and meeting people, conducting interviews and building up contacts – so it’s a good job I’m a fast learner.

Here’s a few key tips I’ve picked up along the way.  Show up early Arriving in a crowded room full of people already talking at a flat-out rate can make networking extra-intimidating. Getting there early gives you the chance to check out the lay of the land and find somebody who isn’t already engaged in conversation. Do your homework It’s often easiest to strike up a conversation with somebody if you already know something about them. You should probably stop short of excessive stalking of peoples’ LinkedIn pages, but try and get hold of a delegate list before the event, pay attention to what people are already talking about and check name badges to find a conversation opener. Make the most of acquaintances If you run into somebody you already know it can be easy to end up latched onto them for the whole of an event ? which ultimately defeats the purpose of networking! Instead, ask them to introduce you to somebody else they know but you don’t. Ask open questions Anything that can be answered with one word has the potential to lead to some seriously awkward silences.  Rather than ?are you having a good time?? or ?what job do you do??, consider ?What did you think of speaker X?? or ?what brings you to this event??. Have a purpose, but don’t go for the hard-sell It helps to know what you want out of a networking session but coming across as all salesy will immediately damage perceptions of you. Remember that networking is all about making connections and building trust. Follow up Even the most charismatic talkers can be forgettable after leaving an event. Drop the people you met an email or connect with them on LinkedIn to show you’re keen to build a rapport. Be yourself Unless you’re a successful actor, false personas never come across well. As one entrepreneur recently told me: ?The key to networking is just not being a d***. If you’re not a d*** then people will always be happy to talk to you.? Image source