While we were at the fair together, browsing at a stand that sold chrome penises, my Mum whispered that she had an idea for a new product I could make. “Here we go!” I thought sceptically.

But I was being hasty. Mum had indeed thought of a gem. Once we’d left the “chrome willy stand”, my Mum suggested that we create bronze door knobs in the shape of penises and call them “Door Nobs”. Ha ha! Awesome! Obviously my gift for awful puns had a genetic basis.

The “Door Nobs” idea really caught my imagination and it began sinking into my brain.

As we walked through the rest of the conference centre, something niggled me though. I was very concerned that although the gag was excellent, the market for penis door knobs wasn’t that huge. I mean, would you have a penis door-knob in your home? Maybe I would, but would many other people?

I thought the name and the general idea were great, but I wanted a more mass-market product. The answer arrived pretty quickly whilst I lay in bed that night.

Here’s the journey my brain took: the name “Door Nob” is a good gag. Therefore, to work, I needed a product that refers to both doors and knobs (willies).

How about a penis that sticks on the door? Ok, but why, for what purpose? Well, how about a penis with a message printed on it that you could hang up? It would be a willy shaped door sign. Hmm, not bad. I was close, but no cigar. There had to be something just a tiny bit cleverer (although “clever” is all relative when talking about knob gags).

Then it came to me: this time I got the cigar, the lighter and the humidor. 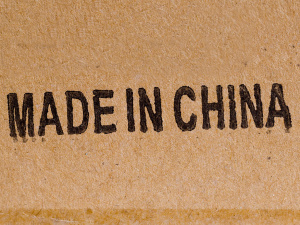 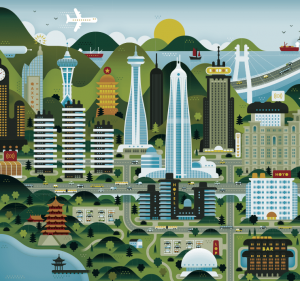