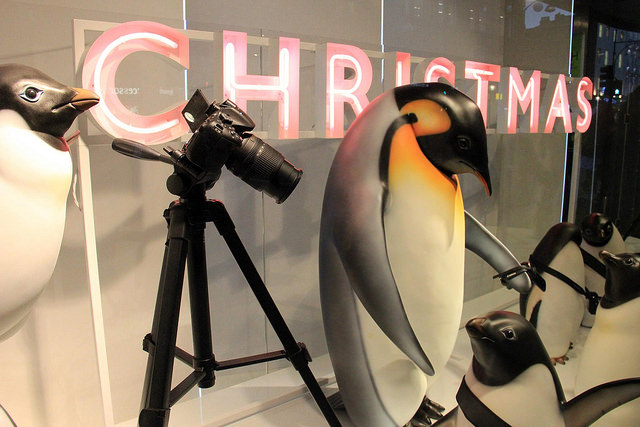 In a recent Real Business article, Zen Terrelonge explained that according to John Lewis ?the Monty Christmas ad, which was premiered on social media a day ahead of TV, achieved 7m views on its accounts in 24 hours.

?For context, that’s seven times more views than at the same point in 2013 and total views on social media to date have now reached 16m, while Monty has been the most searched term on the retailer’s website.? But a small Norfolk-based company disagrees with Monty’s marketing success. Shackleton, which sells musical instruments, beers and now clothing, is named after Antarctic explorer Sir Ernest Shackleton. And they have recently launched a campaign of their own  based on a penguin theme. The Shackleton brand, whose made-in-Britain knitwear is actually on sale in the Antarctic at the extremely remote Penguin Post Office in Port Lockroy, has revealed its new advertisement and catalogue cover which features a penguin “showing off” its new outfit. “It’s a kind of reversal of the ugly duckling idea. In our ad a young penguin is showing off its warm winter ‘woolly’ to a rather critical-looking adult,” said company founder Simon Middleton. “Compared to John Lewis’s softy penguin Monty, we think ours are the real deal, and made of the stern stuff it takes to survive and thrive in the Antarctic! By contrast Monty is a lovesick softy, who turns out to be only a stuffed toy in the end anyway. Monty wouldn’t last more than a day outside the comfort of a department store.” Furthermore, Middleton explains penguins are “much more appropriate to our rugged Antarctic-oriented brand than they are to John Lewis!” To the amusement of many, however, explorer Shackleton himself has a very unsentimental attitude to penguins.  When the great explorer and his men were previously stranded on Antarctic ice for two years, their diet was regularly supplemented by hunting for seals and, well, penguins. Seal meat was considered excellent by all involved, but they only ate the penguins out of necessity, because it was so oily and unpleasant tasting. They were eaten nonetheless. Perhaps the Shackleton penguin should be the one on the lookout.  Image source By Shan? Schutte