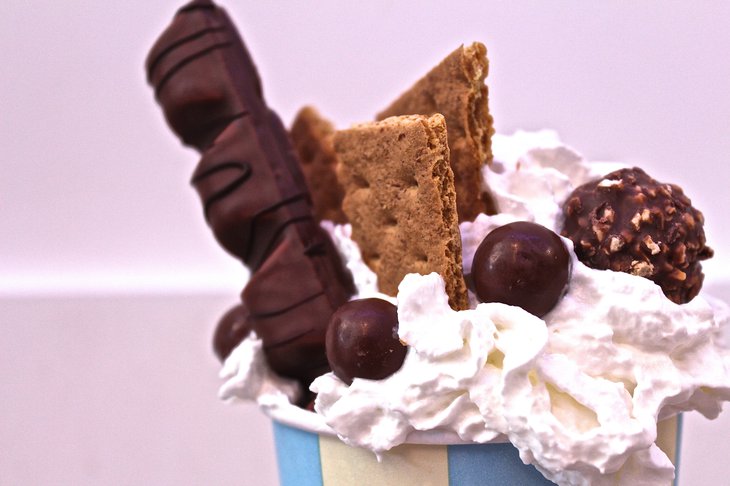 After being saved from administration,?Shakeaway has completed its rebranding mission and is poised to take over the world with its renown, and often quirky, flavours?? such as curry. The company even sells fries so that people can get a meal, with one of its most?unusual offers being the “Millionaire shake”, priced at ?11.99, which includes edible 23 carat gold flakes.

Essentially, Shakeaway bosses are convinced they created a marketplace by re-inventing an age old product: the milkshake. The brand operates a low build-out cost and high profit margin model that is taking the cold dessert market by storm and filling the gap from the decline of the yoghurt store market.? According to CEO Peter Dickson, the success of the company lies in its “highly flexible” franchise concept.?The company receives over 500 franchise enquiries every month, “yet only advertises on one franchise recruitment website”. Each store and “territory” has a dedicated ?country right? menu using locally sourced ingredients with concoctions such as, in the Mexico stores, the “La Mexico” blend of pepino, jicama and chile piqu?n. There’s also “The Hollywood” shake found in California, which includes acai and blueberries topped with whipped cream and granola. “We are a franchise company that has developed the concept to work in almost any marketplace as we make sure that our menus and marketing are country right,” said Dickson. “In short, we do not sell a franchise in a box, we sell a concept that can be adapted to local tastes. We have also reinvented fries, yoghurt and smoothies. It has helped us to develop the business by ensuring that we never do anything if it is not honest, fair and reasonable at all times. It’s not easy but it works.” Read more about franchises: The company has a claim that you can live forever and never have the same shake twice due to its massive menu, which features over 180 individual ingredients of well-known products from companies such as Coca Cola, Mars, Nestle, and so forth ? which customers can mix and match to create their own bespoke milkshake made from fresh ingredients.

One of the things that makes Shakeaway a unique company is its focus on understanding the dynamics of using brand experience to supply customers with bespoke high quality products, as well as what hooks consumers into think they’re having a special experience. This has, Dickson explained,?led to an explosion of interest from over 70 countries. In a previous interview with Retail Management, Dickson explained his love for retail store Restoration Hardware. ?They sell a corkscrew at twice the price of anyone else but they describe it as similar to the one that may have been used by Napoleon. This reference adds value to a mundane product,? he said. ?They do this throughout the store, even with products such as a sofa and a bed. Making product special is the key.? This concept has followed Dickson into his own company.?Of course, making a milkshake seems easy but in fact, it would probably be difficult for competitors to copy given the 180 flavours and ingredients, as well as local sources that need to be put into consideration. However, they aren’t the only store out there. If someone ever uncorks the secret to their recipe success, Dickson explained that there was still one crucial factor that couldn’t be as easily stolen or replicated. “You need to know how to engage the customer in such a way that every visit is entertaining,” he said. “It?s not enough anymore to just be in stock with efficient, pleasant staff.” Read more about customer engagement: In fact, many competitors have tried and failed to copy Shakeaway, the secret blending methods and ever changing menus keep the audience captivated and excited, allowing Shakeaway to become the global leader in the worlds developing Milkshake industry. ?Customers are always looking for new and exciting shakes which is why we keep changing our menus with more than ten limited edition menus throughout the year on top of our huge main menu,? said Stephanie Howard ?of the development team. ?We have also introduced new lines such as our smoothies re-invented made with fresh combinations of fruit, frozen yogurt and healthy toppings. Yoghurt reinvented that eats more like an ice cream with fresh ingredients blended through the dessert by hand and our now famous low fat crispy tasty fries with no deep frying.? Since acquiring the company five years ago, owners Dickson and Stephen Jensen have worked hard to achieve the company?s strategy of making Shakeaway a global brand. Certainly the rising sales and profits over the past five years are testament to the continuing achievement of that strategy.? ?Shakeaway is one of the few British brands that is now licensed to sell franchises in every US state, with stores now open and doing well in the home of the milkshake,” said Dickson. “We are very excited to see the massive potential growth in the US being realised over the next few years alongside other countries around the world.?? He suggested that further growth was expected, with Shakeaway planning to develop in more countries as they start shuffling through all those “hundreds of requests for franchises” from around the world.? “We also have an opportunity to space-share with other brands,” Dickson explained. “We developed a space share in the UK with subway which has been very successful and we have already received strong interest from in particular USA brands such as burger houses to share space.” The world, as they say, is getting smaller every day?? at least it is for Shakeaway. By Shan? Schutte