The UK is the undisputed land of the music festival, but they’re not just about hedonism and debauchery. As any food and drinks entrepreneur worth their salt knows, festivals are also great places to test out their products.

Milkshake power-couple Jodie Farran and Andy Howie put this into practice with their product in 2004. Thereafter known as premium dairy drink brand, Shaken Udder, it’s a business that grew by 65% in 2019.

“Initially, we saw a gap in the market for freshly made, high-quality milkshakes at festivals and events,” says Howie.

“At that time there was nothing similar on offer. We started life as an events-based business, but customers soon started to ask where they could get their milkshake fix all year round.”

Taking their market research project seriously, the pair visited supermarkets to suss out their competition, “we looked at the retail shelves and were disappointed with what we found,” says Howie.

“The milkshakes on offer were packed with artificial ingredients. We saw a definite gap for a premium milkshake made with real fruit or belgian chocolate and finally give milk the respect it deserved!”

“Getting our factory off the ground took years of hard work, we even had to put our wedding on hold and use the funds to buy a new labelling machine – it meant we were engaged for 6 years before finally tying the knot.”

You could say that Shaken Udder’s foray into the additive-ridden milkshake sector was a little like New Covent Garden Soup’s entrance to the (then) tinned soup market of the 1990s; both disrupted their immediate sectors by offering fresh products that were high on quality and low on additives.

“We’ve stuck true to our roots and still use the best real ingredients,” says Howie. “Real, quality ingredients and fresh British milk ensure our products taste delicious without the need for additives.”

“Unlike man-made drinks, our milkshakes provide multiple benefits associated with the natural goodness of milk such as a B12, calcium and protein boost whilst still delivering an indulgent sweet-hit to combat cravings,” he adds.

So, sixteen years after they launched Shaken Udder, what have been the hardest moments for the co-founders? “The first 4-5 years were incredibly tough and we faced a lot of difficult decisions and obstacles,” says Howie.

Like many small and early-stage business owners, the pair were plagued by seemingly unending work hours, and add the fact they were in a relationship to the mix, and it’s no surprise they look back on the early days as a period of struggle and adjustment:

“Getting our factory off the ground took years of hard work, we even had to put our wedding on hold and use the funds to buy a new labelling machine – it meant we were engaged for 6 years before finally tying the knot,” says Howie.

“When we began producing milkshakes Jodie and I usually started working on production from 3 am until about lunchtime, after which we’d be in the office catching up on our day’s emails. It would mean we were out the house from 3 am until 6 pm, and then we’d do it all again the next day.”

“But then again, sacrifices like that are all a part and parcel of owning your own business,” he adds.

Fast forward to today, do the pair have time to hit the festival circuit?

“We continue to learn a lot from selling our shakes at festivals and events as we get a chance to deal directly with the end consumer,” says Howie. “From one year to the next we see different questions and queries come in from our customers which help us tap into customers needs and wants. We ensure that our Event Manager, who attends the full summer tour, is also heavily involved with new product development team and projects.”

Now that Shaken Udder is established and growing, how do Howie and Farran, who met at university, deal with living, loving and working together?

“We both have very different skill sets while maintaining the same goals and ambitions,” says Howie. “It’s important to know what your strengths and weaknesses are as it enables you to prioritise or own certain projects, allowing the business to move forward at a faster pace.”

“We have to ensure there is a decent work/life balance because that’s vital in any relationship –  but even more so for ours.” 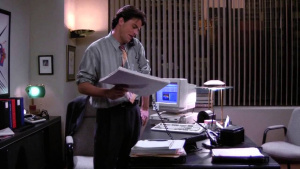 How to save your staff from Blue Monday