When I was at university I was determined to be an entrepreneur. I didn’t know how exactly, but eventually, I found my opening in the telecoms industry. The process of going from being a student with a vision, to actually succeeding as an entrepreneur is very challenging indeed, but a thrilling experience too. More often than not it also makes for a great story.

Only last week, Lord Young, David Cameron’s enterprise advisor, had a piece in the Financial Times praising the entrepreneurial potential of students. We need to see that they’re everywhere, he told us; not just in business schools earnestly swotting for their MBAs, but found in all studies and all backgrounds. I couldn’t agree more, so I want to share with you some of the student entrepreneurs I remember best.

Kay’s business grew out of his studies. As an architecture student he had to analyse waste management. He discovered that London disposes of 200,000 tonnes of waste coffee a year. He also knew that coffee beans are a rich source of bio fuels, so he set up Bio Bean.

It collects coffee beans from cafes, takes them to a processing factory and sells the resulting product; currently that’s 1.2 million litres of biodiesel and 1.2 million biomass pellets a year. Kay has won plaudits for his green entrepreneurship, winning several awards and earning praise from Boris Johnson.

Another business idea inspired by the studies of its founder: Ocean Array Systems. Brainchild of Cambridge PhD graduate Thomas Clark, Ocean Array Systems is a tech company that creates software to monitor wind and tidal turbines. This technology has proven invaluable for energy companies and Clark recently announced a partnership with the Scottish government to measure and evaluate turbulent effects in tidal arrays in Scottish Waters.

While Clark is out there grappling with the complexities of energy technology, other student entrepreneurs are focusing on getting the simpler things right. Organica (slogan, ‘Simplicity, Serenity & Sustainability’), was founded by an enterprising group of friends at Liverpool Business School and produces high-quality organic soaps. Its appeal is based on its ability to sell a lifestyle: organic, healthy, natural.

So far, the company has achieved a Barclays Technology Award and won plaudits at the Young Enterprise Start-up final. Its co-founder, Pili Deus who studied PR, was also recently chosen as the UK’s representative at #RestartEurope, a two-day forum organised by Microsoft and the Italian government which brought young entrepreneurs together to discuss the potential for digital innovation in Europe.

Technological innovation is a theme that motivates many young entrepreneurs. One of the more successful is Zefi Hennessy Holland. Holland wanted to be an entrepreneur from the moment he became a student. He set up an events company whilst studying English at UCL. In his spare time, he trained with Entrepreneur First, which provides selected students the skills to build their own tech companies. On graduating, he founded Kivo, a company that develops software to enable businesses to sync their documents more efficiently.

Holland has already caught the eye of prominent US venture capital firm Y Combinator, who recently invested in his company.

Entrepreneurship isn’t only about doing something cutting edge; often, it’s about doing something familiar – but better. A good example of this is Attollo Lingerie. Set up by Alice Holden and Fleurette Mulcahy, a couple of friends who were geography students when they were at Kings College, London, Attollo has caught people’s attention by creating a range of lingerie that improves the shape and aesthetic appeal of DD+ bras.

So far, they have won awards both for their idea and their ability to pitch it, and are certainly one to watch for the future.

With youth on their side, it’s still early days for all these entrepreneurs. Who knows where they’ll be in a couple of years from now? And that for me is why student entrepreneurs represent such an exciting part of our economy. Their creativity, their ambition and, above all, their drive is highly encouraging – and should remind us all why we decided to go into business in the first place.

Christian Nellemann is a London-based entrepreneur and founder of XLN Business Services. 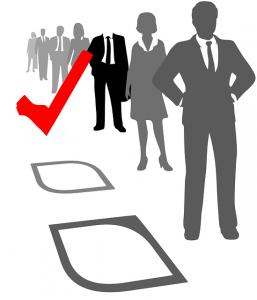 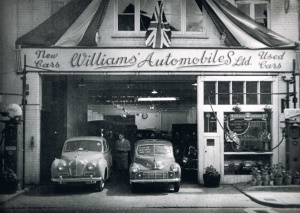 How this century-old family business has succeeded through reinvention