I am always impressed by British entrepreneurs displaying ingenuity and determination to succeed. After all, we are a nation packed with tenacious business-minded people who are always looking to take a fresh approach to enterprise.

A great example of entrepreneurial spirit has come from a new breed of business owners who have started something which has been dubbed the ‘shed economy’.

A new form of enterprise?

According to a study by Starling Bank, there are more than 100,000 UK micro-businesses and sole traders that run their firms from a garden shed. Not just that, they are currently contributing a staggering £17bn to the economy!

I’ve heard of kitchen table enterprises before, but this is a new one for me. This new trend, apparently, keeps stress levels low while saving entrepreneurs money.

Lots of small businesses start their life in kitchens or back bedrooms, or, as I did, from the back of a van. As businesses gain traction and have their first taste of success, they then tend to seek larger premises. But as we know, this can be quite a costly process as firms are usually pushed towards business parks, which have large amounts of available office space. There are growing numbers of shared workspaces as an alternative option, although they are mainly based in the larger towns and cities.

For those that prefer to be a little closer to home, with, let’s say, a commute of less than a minute, shed working is proving to the next logical step of their business plan. Almost a third of sole traders and micro-business owners occasionally use their shed as an office, while nearly 2% – around 104,000 – use an outbuilding as their permanent premises.

These entrepreneurs are also saving themselves some cash –realistically, we’re looking at more than £8,500 – on things like rent and commuting, as well as a number of other overheads.

For those sat picturing an entrepreneur shivering in a draughty old armchair surrounded by cobwebs and garden tools, think again. Many are more than happy to put some of the savings they’ve made to good use by improving their workspace.

The average owner spends around £3,000 on the construction and renovation of spaces– including kitting them out with gym equipment, kitchens and meeting rooms.

It’s also not just sheds that are being used to house the UK’s entrepreneurial talent. A number of business owners who responded to the survey revealed they work from places such as barns, caravans and log cabins!

While this way of working might sound strange to some, I would suggest that this trend has come from quite a popular shift in focus towards a better work-life balance, including a desire for increasingly flexible working.

It is thought, based on Starling Bank’s study, that shed working is less stressful, with those based in outbuildings more likely to have a good work-life balance and expected to have more confidence about the prospects for their business in the coming year.

Of course, there might become a time when the suits in power decide to create a new bracket of rates just for these businesses, which would be a huge disappointment as it will only serve to stifle the country’s entrepreneurial talent.

Hopefully, that won’t happen. It would be good to see proof that the government really does encourage private enterprise – whether it’s found in a glass-fronted office block or a wood stained shed at the bottom of the garden. 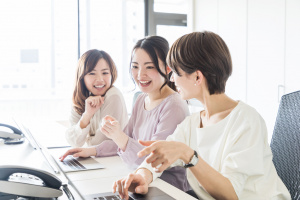 Why workplace wellbeing is rising up the agenda this year 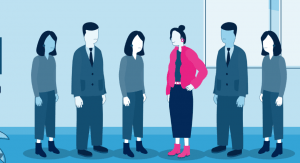