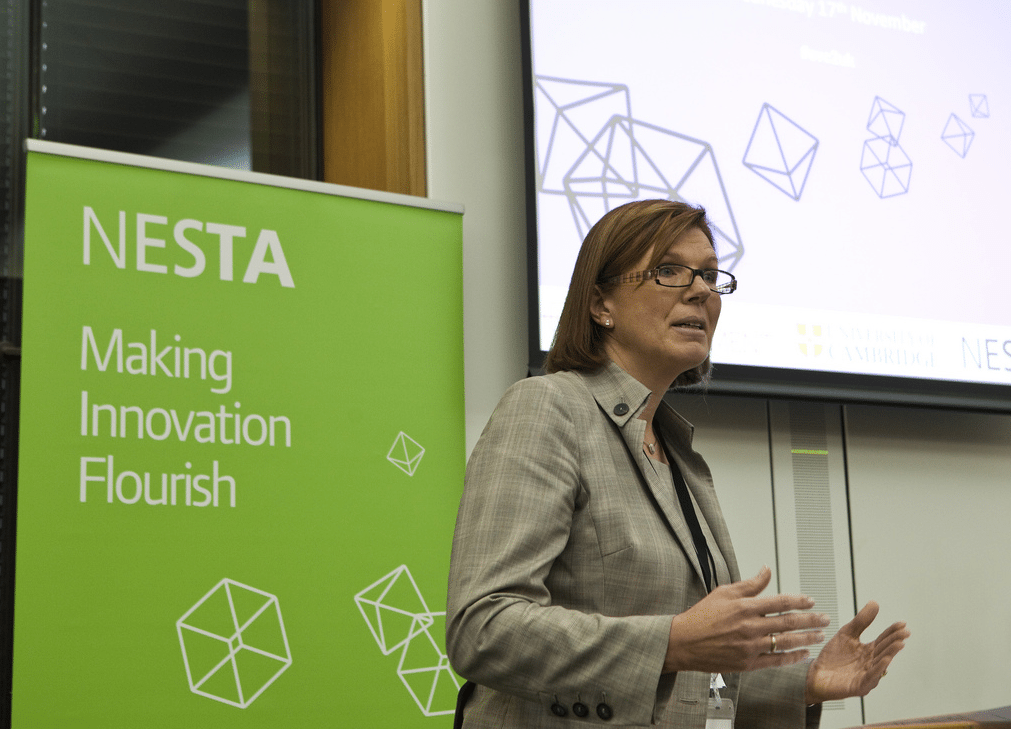 Sherry Coutu is skeptical of the big valuations that have been banded around so far this year. You can definitely trust her judgment, she knows what she’s talking about – her entrepreneur/investor pedigree is impeccable.

The list of companies Sherry Coutu is associated with is a veritable who’s-who of successful ventures: LinkedIn, Interactive Investors, LoveFilm, Seedcamp, NESTA, and most latterly, ArtFinder (a great site that I wrote about recently). Sitting down with Sherry Coutu at NESTA’s London headquarters, she discusses the big valuations that have been made recently. As a reminder: so far this year, Groupon rejected a $6bn bid from Google; Google/Microsoft/Facebook tried to acquire Twitter for $10bn; and Facebook was valued at $80bn. Is this another tech bubble Are 2011’s huge valuations for Groupon, Facebook, etc, going to blow up? Some of the valuations are “very questionable”, says Coutu. “Not so much in Europe, but in the Valley, there are clearly some very untested assumptions. If you add up the numbers, you ask yourself how on earth does that work on the back of an envelope How many users” What would be the monetisation?” Before making these massive valuations, investors need to spend more time focusing on the business models: what makes the companies’ business models sustainable “I just can’t see my way through all of the numbers for these companies. I don’t see how it continues to add up,” she says. What about Groupon and Facebook” “You’re assuming that they’ll be able to keep up their advertising, that they’ll be able to keep up their e-commerce models and that they’re not going to annoy or alienate people by some of their actions. That’s not yet proven – certainly not to the extent of the valuations that are being thrown around. There are too many social networks. It’s been mushrooming for a while, the market has to consolidate.” Coutu herself only uses a handful of social networks. She uses LinkedIn “a lot” (obviously – she’s on LinkedIn’s advisory board), uses TweetDeck over Twitter (“Twitter’s interface sucks, it doesn’t work for me at all”), and uses Facebook for friends and family only. Why? “I’ve disconnected from Xing, Plaxo, Viadeo and the rest. I think a lot of people will eventually do the same, we just don’t have the time. As social networks evolve, people are going to beome choosier as to who they link to. I unfollow people on Twitter often: if they start blathering on about things I don’t care about, I don’t want to read about it. People don’t have unlimited time.” Silicon Valley Comes To The UK
Despite her skepticism of the industry’s mega-valuations, it’s still an industry that remains close to her heart – she doesn’t want to knock it. One of Coutu’s big annual projects is the “Silicon Valley Comes To The UK” programme (known as SVC2UK), which arranges for key serial entrepreneurs and venture capitalists from Silicon Valley to spend a week in London and Cambridge, sharing their stories and inspiring students, and introducing links between investors. SVC2UK has been hugely successful in the past – last year, the programme had more than 2,500 participants, and focused on green tech, consumer internet and social. Coutu is delighted to confirm that it’s going to happen again this year, to focus on gaming. The finer details are still being worked out, but it’s going to be bigger and bolder. More entrepreneurs, more events, more reach. We’ll report more on this closer to the event – it’s pencilled in for the week of November 14.